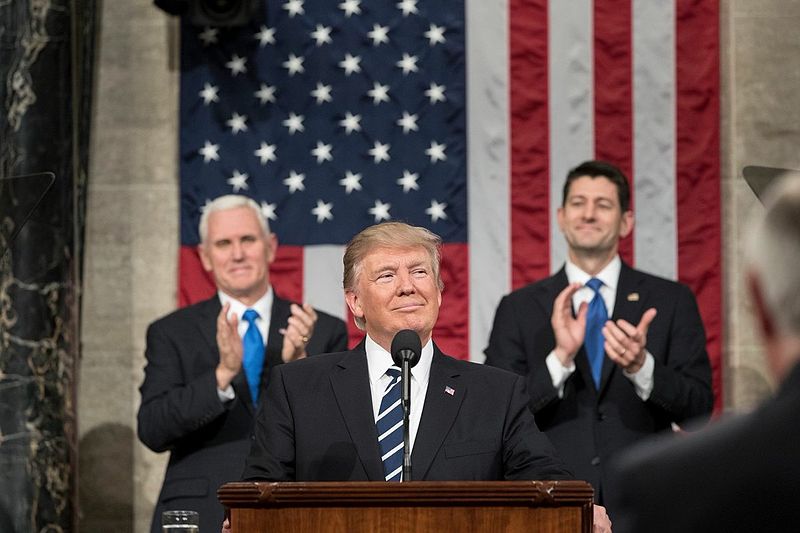 Did the Freedom Caucus just pull the Republican Party back off the ledge, before it jumped to its death? A case can be made for that.

Before the American Health Care Act, aka “Ryancare,” was pulled off the House floor Friday, it enjoyed the support—of 17 percent of Americans. Had it passed, it faced an Antietam in the GOP Senate, and probable defeat.

Had it survived there, to be signed by President Trump, it would have meant 14 million Americans losing their health insurance in 2018.

First among the losers would have been white working-class folks who delivered the Rust Belt states to President Trump.

“Victory has a thousand fathers; defeat is an orphan,” said JFK.

So, who are the losers here?

First and foremost, Speaker Paul Ryan and House Republicans who, having voted 50 times over seven years to repeal Obamacare, we learned, had no consensus plan ready to replace it.

Moreover, they put a bill on the floor many had not read, and for which they did not have the votes.

More than a defeat, this was a humiliation. For the foreseeable future, a Republican Congress and president will coexist with a health care regime that both loathe but cannot together repeal and replace.

Moreover, this defeat suggests that, given the ideological divide in the GOP, and the unanimous opposition of congressional Democrats, the most impressive GOP majorities since the 1920s may be impotent to enact any major complicated or complex legislation.

Friday’s failure appears to be another milestone in the decline and fall of Congress, which the Constitution, in Article I, fairly anoints as our first branch of government.

Through the last century, Congress has steadily surrendered its powers, with feeble resistance, to presidents, the Supreme Court, the Federal Reserve, the regulatory agencies, even the bureaucracy.

The long retreat goes on.

Another truth was reconfirmed Friday. Once an entitlement program has been created with millions of beneficiaries, it becomes almost impossible to repeal. As Ronald Reagan said, “A government bureau is the nearest thing to eternal life we’ll ever see on this earth.”

Nor did President Trump escape unscathed.

Among the reasons he was elected was the popular belief, which carried him through scrapes that would have sunk other candidates, that, whatever his faults or failings, he was a doer, a man of action—”He gets things done!”

To have failed on his first big presidential project has thus been an occasion of merriment for the boo-birds in the Beltway bleachers.

Yet, still, Trump’s Saturday tweet—”Obamacare will explode and we will all get together and piece together a great healthcare plan . . . Do not worry!”—may prove prophetic.

Now that “Trumpcare” or “Ryancare” is gone, the nation must live with Obamacare. A Democratic program from birth, it is visibly failing. And Democrats now own it again, as not one Democrat was there to help reform it. In the off-year election of 2018, they may be begging for Republican help in reforming the health care system.

After what he sees as a wonderful win, Minority Leader Chuck Schumer now intends to block a Senate vote on Judge Neil Gorsuch for the Supreme Court, and thus force Majority Leader Mitch McConnell to muster 60 votes to halt a Democratic filibuster.

Should Schumer persist, Senate Republicans will exercise the “nuclear option,” i.e., change the rules to allow debate to be cut off with 51 votes, and then elevate Gorsuch with their own slim majority.

Why would Schumer squander his political capital by denying a quality candidate like Judge Gorsuch a vote? Does he also think that a collapsing Obamacare—even its backers believe is in need of corrective surgery—will be an asset for his imperiled colleagues in 2018? The last time Democrats headed down that Radical Road and nominated George McGovern, they lost 49 states.

While the Republicans have sustained a defeat, this is not the end of the world. And there was an implied warning in the president’s Sunday tweet:

“Democrats are smiling in D.C. that the Freedom Caucus, with the help of Club For Growth and Heritage, have saved Planned Parenthood & Ocare.”

What Trump is explaining here is that, if Republican majorities in the House and Senate cannot or will not unite with his White House behind solutions on health care, taxes, infrastructure, border security, he will seek out moderate Democrats to get the work done.

This humiliation of Obamacare reform may prove a watershed for the Trump presidency. What he is saying is simple and direct:

I am a Republican president who wants to work with Republicans. But if they cannot or will not work with me, I will find another partner with whom to form coalitions to write the laws and enact the reforms America needs, because, in the last analysis, while party unity is desirable, the agenda I was elected to enact is critical.

The health care defeat yet may prove to be another example of winning by losing.