Forget Flynn: Trump is the Target 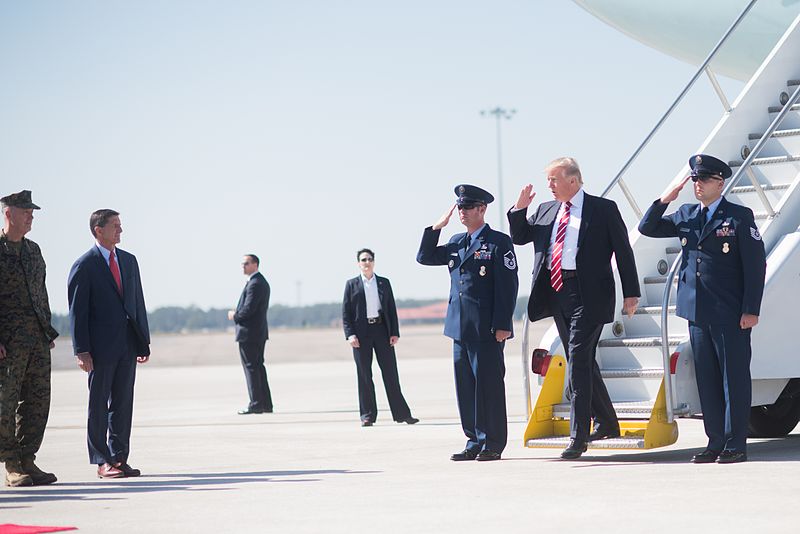 The resignation of General Michael Flynn as President Donald Trump’s National Security Advisor is just the beginning. Trump is the real target. Trump is hated in Washington at all levels, including the Republican Party leadership, which cannot wait to backstab him, as well as the federal bureaucracy, the intelligence agencies and foreign policy establishment, the top level military bureaucracy, and the vast array of lobbyists, journalists, “activists,” and the like who altogether form the “deep state”—the real power that lies beneath the surface structures of formal institutions. Forget what they taught you in civics class, the deep state is the real power in Washington, and as recent events bear out, it is pulling out all the stops to reverse the presidential election results and overthrow Trump.

The series of illegal leaks that have dogged the early days of the Trump administration are part of the deep state’s campaign against him. Flynn, who is hated by Obama loyalists because of his outspoken opposition to a number of Obama administration policies, particularly when he served as head of the Defense Intelligence Agency, was an inviting target. His position on a rapprochement with Russia provided the opening that the deep state used to attack him and advance its campaign to unseat Trump.

The pretext for Flynn being forced out was a phone conversation he had with Russia’s ambassador to the U.S., Sergey Kislayk, in December, following the outgoing Obama administration’s introduction of new sanctions against Moscow (as well as expelling thirty five Russian diplomats) in the aftermath of the “Russia hacked the election” scandal, which yours truly has already dealt with. The initial aim of the Trump-Russia narrative was to cast Trump as Moscow’s agent, de-legitimizing his presidency and setting the stage for the next phase of the attack, which materialized in the barrage of leaks that followed Trump’s inauguration. Flynn became the target of the Russia-related attack.

In the phone conversation that became the focal point of the attack, Flynn reportedly told Kislyak that the Trump administration would work to improve relations with Moscow. He also told Kislyak that Moscow should not retaliate for the new sanctions. Flynn made no promises regarding lifting sanctions and no classified information was brought up in the conversation. Flynn did nothing wrong or illegal in speaking to Kislayk—Trump had just been elected and he was a foreign policy advisor to the president, a man who was most often mentioned as Trump’s likely national security advisor. Improving relations with Russia was a cornerstone of the president elect’s foreign policy. That didn’t, of course, prevent the predictable wave of media hysteria about Trump officials’ allegedly sinister “contacts” with the Russians—this despite the FBI having already stated that a review of National Security Agency intercepts of Kislyak’s phone communications with Flynn found no evidence of wrongdoing on Flynn’s part. This followed an earlier investigation, prompted by the Obama administration, that had found no evidence of the Trump campaign colluding with the Russians.

The official reason Flynn was ousted was because he allegedly misled Vice President Pence about what he and Kislyak talked about. Pence had defended Flynn, saying that the subject of sanctions did not come up in the Flynn-Kislyak conversation.

Bloomberg’s Eli Lake told us what was really going on in an article entitled “The Political Assassination of Michael Flynn.” Lake thought that Flynn had become too hot—Trump was forced to throw him “under the bus” to head off Flynn being used as a pretext for further attacks on his administration.  But that’s not all:

There is another component to this story as well—as Trump himself just tweeted. It’s very rare that reporters are ever told about government-monitored communications of U.S. citizens, let alone senior U.S. officials . . . Normally intercepts of U.S. officials and citizens are some of the most tightly held government secrets. This is for good reason. Selectively disclosing details of private conversations monitored by the FBI or NSA gives the permanent state the power to destroy reputations from the cloak of anonymity. This is what police states do.

In the past it was considered scandalous for senior U.S. officials to even request the identities of U.S. officials incidentally monitored by the government (normally they are redacted from intelligence reports) . . . The fact that the intercepts of Flynn’s conversations with Kislyak appear to have been widely distributed inside the government is a red flag . . .

In normal times, the idea that U.S. officials entrusted with our most sensitive secrets would selectively disclose them to undermine the White House would alarm those worried about creeping authoritarianism. Imagine if intercepts of a call between Obama’s incoming national security adviser and Iran’s foreign minister leaked to the press before the nuclear negotiations began? The howls of indignation would be deafening.

In the end, it was Trump’s decision to cut Flynn loose . . . Nunes [Representative Devin Nunes, the Republican chairman of the House Permanent Select Committee on Intelligence] told me Monday night that this will not end well. “First it’s Flynn, next it will be Kellyanne Conway, then it will be Steve Bannon, then it will be Reince Priebus,” he said. Put another way, Flynn is only the appetizer. Trump is the entree.

Lake had more to say during subsequent TV appearances:

“This is the kind of thing that happens in banana republics, when the national police will go after a political leader that they don’t like, and using these extraordinary powers,” Lake said.

“We trust the NSA and the FBI to use these powers to catch criminals and terrorists, but that should not interfere in our politics. And that stuff is interfering right now in our politics.”

So it is. Establishment “conservatives” are already saying that Trump should resign, if not be impeached and removed from office.

Trump plans a rally in Florida on Saturday. He will have to do all he can to use his popular base of support to counter the deep state and the “anti-America” that is its base.