Is the Left Playing with Fire Again? 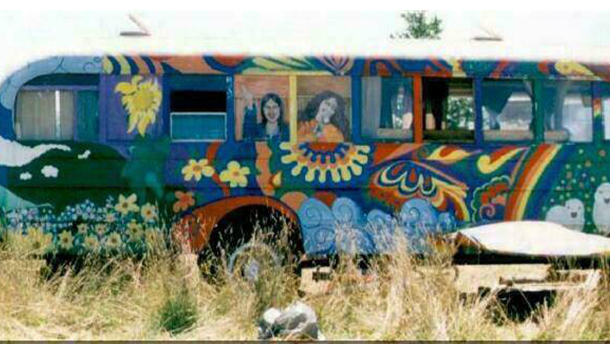 To those who lived through that era that tore us apart in the ’60s and ’70s, it is starting to look like “deja vu all over again.”

And as Adlai Stevenson, Bobby Kennedy and Hubert Humphrey did then, Democrats today like Chuck Schumer and Nancy Pelosi are pandering to the hell-raisers, hoping to ride their energy to victory.

Democrats would do well to recall what happened the last time they rode the tiger of social revolution.

As the riots began in Harlem in 1964 and Watts in 1965, liberals rushed to render moral sanction and to identify with the rioters.

“In the great struggle to advance civil and human rights,” said Adlai at Colby College, “even a jail sentence is no longer a dishonor but a proud achievement. . . . Perhaps we are destined to see in this law-loving land people running for office . . . on their prison records.”

“There is no point in telling Negroes to obey the law,” said Bobby; to the Negro, “the law is the enemy.” Hubert assured us that if he had to live in a slum, “I could lead a mighty good revolt myself.”

Thus did liberals tie themselves and their party to what was coming. By 1967, Malcolm X had been assassinated, Stokely Carmichael with his call to “Black Power” had replaced John Lewis at SNCC, and H. Rap Brown had a new slogan: “By any means necessary.”

Came then the days-long riots of Newark and Detroit in 1967 where the 82nd Airborne was sent in. A hundred cities were burned and pillaged following the assassination of Dr. King on April 4, 1968.

And what happened in our politics?

The Democratic coalition of FDR was shattered. Gov. George Wallace rampaged through the Democratic primaries of Wisconsin, Indiana and Maryland in 1964, then ran third party and carried five Southern states in 1968.

His presidency broken by Vietnam and the riots, LBJ decided not to run again. Vice President Humphrey’s chances were ruined by the violent protests at his Chicago convention, which were broken up by the club-wielding cops of Democratic Mayor Richard J. Daley.

Race riots in the cities, student riots on campus, and that riot of radicals in Chicago helped deliver America to Richard Nixon.

Came then the huge anti-Nixon, anti-war demonstrations of the fall of 1969, the protests in the spring of 1970 after the Cambodian invasion and the Kent State killings, and the Mayday siege by thousands of anarchists to shut down D.C. in 1971.

Again and again, Nixon rallied the Silent Majority to stand with him—and against them. Middle America did.

Hence, what did its association with protesters, radicals and Black Power militants do for the Democratic Party?

In 1972, Nixon and Spiro Agnew swept 49 states, routing the champion of the countercultural left, George McGovern.

And the table had been set for California Governor Ronald Reagan, who defied campus rioters threatening him with violence thusly: “If it takes a bloodbath, let’s get it over with.”

Without the riots and bombings of the ’60s and ’70s, there might have been no Nixonian New Majority and no Reagan Revolution.

Today, with the raucous protests against President Trump and his travel ban, the disruption of Congressional town meetings, the blocking of streets every time a cop is involved in a shooting with a black suspect, and the rising vitriol in our politics, it is beginning to look like the 1960s again.

There are differences. In bombings, killings, beatings, arrests, arson, injuries and destruction of property, we are nowhere near 1968.

Still, the intolerant left seems to have melded more broadly and tightly with the Democratic Party of today than half a century ago.

Where Barry Goldwater joked about sawing off the East Coast and “letting it drift out into the Atlantic,” Californians today talk of secession. And much of Middle America would be happy to see them gone.

Where Nixon was credited with the “cooling of America” in 1972, and Reagan could credibly celebrate “Morning in America” in 1984, any such “return to normalcy” appears the remotest possibility now.

As with the EU, the cracks in the USA seem far beyond hairline fractures. Many sense the country could come apart. It did once before. And could Southerners and Northerners have detested each other much more than Americans do today?

Fifty years ago, the anti-Nixon demonstrators wanted out of Vietnam and an end to the draft. By 1972, they had gotten both. The long hot summers were over. The riots stopped.

But other than despising Trump and his “deplorables,” what great cause unites the left today? Even Democrats confess to not knowing Hillary Clinton’s presidential agenda.

From those days long ago, there returns to mind the couplet from James Baldwin’s famous book, from which he took his title:

“God gave Noah the rainbow sign / No more water, the fire next time.”

Previous PostHow Far Will Trump’s Enemies Push to Drag Him and America Down?Next PostForget Flynn: Trump is the Target