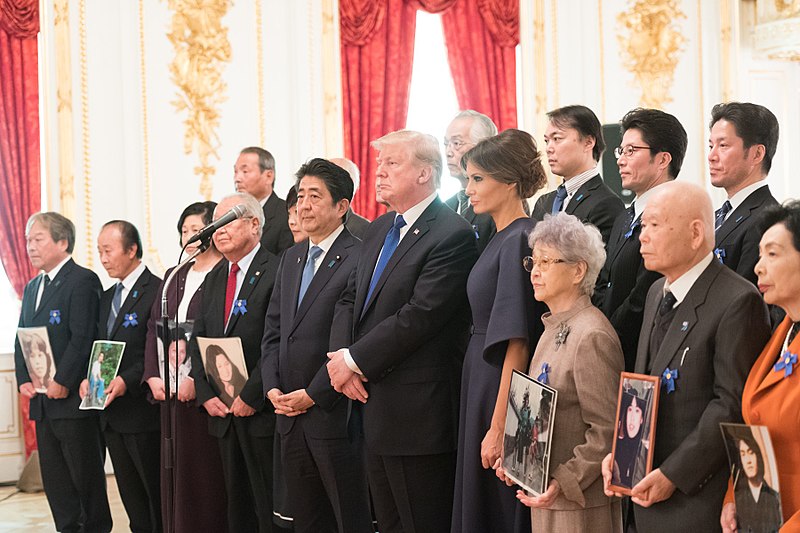 A week after President Donald J. Trump’s return from his 12-day tour of Japan, South Korea, China, Vietnam and the Philippines, its fruits are uncertain. Trump called the trip “very epic.” On the other hand, the media and establishmentarian analysts have predictably declared that he has failed to achieve anything significant. Joshua Kurlantzick of the Council on Foreign Relations declared that the trip “did not deliver many substantial accomplishments.” According to a report from Hanoi in the Washington Post, “Trump’s ‘America First’ looks more and more like ‘America Alone.’”

On the one hand, Trump was received regally in Beijing and lavished extraordinary compliments on his host Xi Jinping. On the other, without naming her, he harshly criticized China’s trade policies at the Asia-Pacific Economic Cooperation summit in Da Nang, Vietnam. China remains ambiguous on restraining North Korea, and may even quietly encourage Kim Jong-un to persevere with his nuclear program in order to increase the price of its eventual good offices. On November 20, Trump returned North Korea to the list of “state sponsors of terrorism.” From now on it is even less likely that Kim will give up his nuclear arsenal: this designation means that, as far as the U.S. government is concerned, regime change in Pyongyang is a legitimate objective.

The most significant novelty is Trump’s repeated use of the term “Indo-Pacific” instead of “Asia-Pacific.” Already at the start of his tour, in Tokyo, he said he was glad to be on his “first visit to the Indo-Pacific region” as U.S. president. In Seoul he said that “our alliance is more important than ever to peace and security on the Korean Peninsula and across the Indo-Pacific region.” When he arrived in Hanoi he said he was honoured to be in the “heart of the Indo-Pacific.” At the Forum in Da Nang he said he’d had “the honour of sharing our vision for a free and open Indo-Pacific.” At the end of the tour, in Manila, he said, “We have been friends, partners and allies in the Indo-Pacific for a long, long time.” Shortly before Trump embarked on his tour, Secretary of State Rex Tillerson used the term “Indo-Pacific” no fewer than 15 times when he spoke about the US-India relationship on October 18. Describing the Indian and Pacific Oceans as a “single strategic arena,” he described India and the United States as “bookends” within that region.

“Indo-Pacific” is potentially a significant novelty in Washington’s geopolitical mapping of the world. Its implied objective is to broaden the Asia-Pacific region—in which China is clearly dominant—into a more balanced pan-region which would include India. Within that pan-region there would be increased cooperation between the United States, Japan, Australia and India in order to counterbalance China. Particularly important in this paradigm is the relationship between India and Japan, at two ends of the balancing quadrilateral. The relationship between the two countries has become increasingly close in recent years. Indian Prime Minister Narendra Modi and Japanese Prime Minister Shinzo Abe regularly exchange visits, followed by various political and economic agreements. They share unease about China’s rise, especially her naval assertiveness in the South China Sea as well as the Indian Ocean region, and her long-term geopolitical project, the Belt and Road Initiative (BRI).

In 2007, Japan introduced the concept of an “Arc of Freedom and Prosperity” symbolizing a new direction in Japanese foreign policy and aimed at strengthening cooperation with countries that shared Japan’s fundamental values. A look at the two maps makes it clear that this project is not compatible with China’s BRI. As the Nikkei Asian Review’s analyst recently pointed out, this arc originally embraced an even grander vision than Xi’s Silk Road vision. It was later modified by Abe to an Indo-Pacific grouping of nations including the U.S. and Australia as well as East and South Asia.

On the other hand, a comprehensive American-Indian strategic partnership seems unlikely, and a formal alliance comparable to that the U.S. has with Japan and Australia is not on the cards. With her long history of non-alignment and traditionally close ties with Russia, India’s policy-making elites are loath to compromise her strategic autonomy. China’s Global Times editorialist noted on November 20 that within its new “Indo-Asian” paradigm Washington would increasingly demand certain binding duties and obligations that a strategic partnership entails. In addition, although Trump has developed a good working relationship with Modi, the U.S.-India nuclear agreement has produced periodic disagreements and tensions.

It is now precisely a decade since the Indo-Asia concept was proposed by Indian Naval Captain Gurpreet S. Khurana, who is today Executive Director at the National Maritime Foundation in New Delhi. In a recent article he warned that China’s intensified naval presence in the Indian Ocean Region (IOR) could lead to increased tensions due to its politico-military involvement in regional instabilities and maritime disputes. In such a scenario, he says, “the ‘Indo-Pacific’ concept would be essential to manage the regional developments and integrate China into the established norms of conduct in the IOR.” In the broader sense, Khurana concludes, the Pacific and the Indian oceans are poised to acquire greater strategic salience for the major powers of the 21st century. Therefore, “a holistic treatment of the Indian-Pacific Ocean continuum would be required to assess the evolving balance of power in Asia, and to address the fault-lines therein, with the overarching aim of preserving regional and global stability.”

“Integrating China into the established norms of conduct in the IOR” implies Beijing’s tacit acceptance of India’s strategic preponderance in the IOR, which is unlikely to happen. Quite the contrary, China is actively trying to establish a presence in the Indian Ocean by building a combined road and gas/oil pipeline from Yunnan across Burma (“Myanmar”) to a Burmese deep sea port in the Bay of Bengal. India is not pleased with this project. On the other hand, as a foreign policy realist, Modi is aware that in the long-term India may face geopolitical challenges from the Islamic world to her west (Pakistan) as well as east (Bangladesh), and that this threat may be manipulated by Beijing if the Indo-Pacific project develops into an instrument for containing China. Pakistan in particular is still a threat and a source of chronic regional instability. Its deep state—as embodied in the Directorate for Inter-Services Intelligence, ISI—is controlled by officers sympathetic to all sorts of jihadist projects and groups. By accepting a key role in the grand design of China-containment, India would risk reigniting a hotbed of instability on her western border.

India should not be perceived by Trump, Tillerson and others primarily as a future southwestern pillar in the Indo-Pacific strategic chain around China. America’s and India’s interests in balancing China’s growing power are not fully overlapping. They should be considered in the cold light of Realpolitik, free of a priori assumptions. “The overarching aim of preserving regional and global stability” (Capt. Khurana) would be better served if the U.S. left the balancing, on whatever terms, to the powers directly concerned, from Japan and South Korea via Southeast Asia to the Subcontinent. In the absence of a coherent American grand strategy, President Trump would be well advised to refrain from a new set of commitments and associated risks on the opposite side of the globe.