Is Democracy in a Death Spiral? 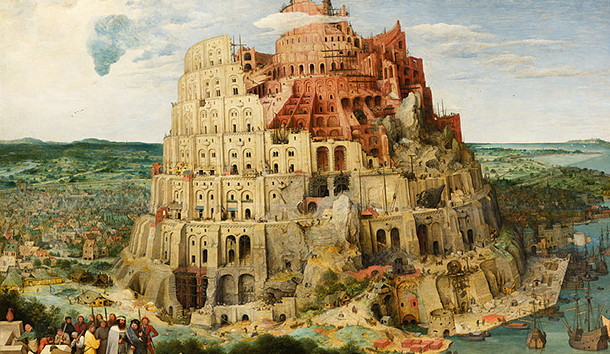 “You all start with the premise that democracy is some good. I don’t think it’s worth a damn. Churchill is right. The only thing to be said for democracy is that there is nothing else that’s any better. . . .

This dismissal of democracy, cited by historian H. W. Brands in The General vs. the President: MacArthur and Truman at the Brink of Nuclear War, is attributed to that great populist Secretary of State Dean Acheson.

Few would air such views today, as democracy has been divinized.

Indeed, for allegedly hacking the Clinton campaign and attacking “our democracy,” Vladimir Putin has been condemned to the ninth circle of hell. Dick Cheney and John McCain have equated Moscow’s mucking around in our sacred democratic rituals to an “act of war.”

Yet democracy seems everywhere to be losing its luster.

Among its idealized features is the New England town meeting. There, citizens argued, debated, decided questions of common concern.

Town hall meetings today recall a time when folks came out to mock miscreants locked in stocks in the village square. Congressmen returning to their districts in Holy Week were shouted down as a spectator sport. A Trump rally in Berkeley was busted up by a mob. The university there has now canceled an appearance by Ann Coulter.

Charles Murray, whose books challenge conventional wisdom about the equality of civilizations, and Heather Mac Donald, who has documented the case that hostility to cops is rooted in statistical ignorance, have both had their speeches violently disrupted on elite campuses.

In Washington, our two-party system is in gridlock. Comity and collegiality are vanishing. Across Europe, centrist parties shrink as splinter parties arise and “illiberal democracies” take power.

Russia and China, which have embraced autocratic capitalism, have attracted admirers and emulators by the seeming success of their strongman rule.

President Trump, seeing the way the world is going, welcomes to the White House Egypt’s President Abdel-Fattah al-Sissi, whose army dumped over the elected government and jailed thousands.

Following a disputed referendum that granted President Recep Tayyip Erdogan near-dictatorial powers, Trump phoned his congratulations to the Turkish autocrat. It was Erdogan who described democracy as a bus you get off when it reaches your stop.

Why is liberal democracy, once hailed as the future of mankind, in a deepening bear market? First, Acheson was not all wrong.

When George W. Bush declared that the peoples of the Middle East should decide their future in democratic elections, Lebanon chose Hezbollah, the Palestinians chose Hamas, the Egyptians the Muslim Brotherhood. The first two are U.S.-designated terrorist groups, as members of Congress wish to designate the third. Not an auspicious beginning for Arab democracy.

In Sunday’s election in France, a Communist-backed admirer of Hugo Chavez, Jean-Luc Melenchon, and the National Front’s Marine Le Pen could emerge as the finalists on May 7.

Democracy is increasingly seen as a means to an end, not an end in itself. If democracy doesn’t deliver, dispense with it.

Democracy’s reputation also suffers from the corruption and incompetence of some of its celebrated champions.

In Federalist No. 2, John Jay called us a “band of brethren” and “one united people” who shared the same ancestors, language, religion, principles, manners, customs.

Seventy years later, the brethren went to war with one another, though they seem to have had more in common in 1861 than we do today.

Forty percent of Americans now trace their ancestral roots to Latin America, Asia and Africa. The Christian component of the nation shrinks, as the numbers of Muslims, Hindu, atheists, agnostics grow. We have two major languages now. Scores of other languages are taught in schools.

Not only do we disagree on God, gays and guns, but on politics and ideology, morality and faith, right and wrong. One-half of America sees the other as “a basket of deplorables. . . . racist, sexist, homophobic, xenophobic, Islamophobic . . . bigots.”

How, outside an external attack that unites us, like 9/11, do we find unity among people who dislike each other so much and regard each other’s ideas and ideals as hateful and repellent?

Democracy requires common ground on which all can stand, but that ground is sinking beneath our feet, and democracy may be going down the sinkhole with it.

Where liberals see as an ever-more splendid diversity of colors, creeds, ethnicities, ideologies, beliefs and lifestyles, the Right sees the disintegration of a country, a nation, a people, and its replacement with a Tower of Babel.

Patrick J. Buchanan is the author of a new book, out in May, Nixon’s White House Wars: The Battles That Made and Broke a President and Divided America Forever. To find out more about Patrick Buchanan and read features by other Creators writers and cartoonists, visit the Creators website at www.creators.com.