Is Secession a Solution to Cultural War? 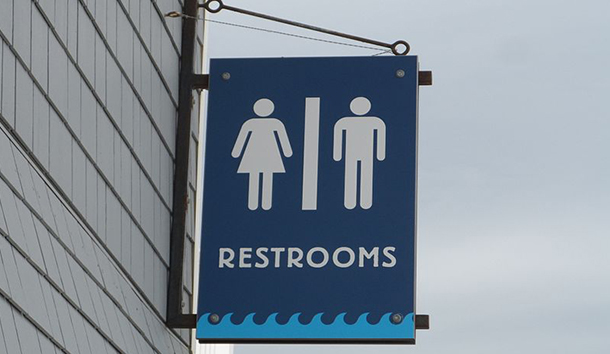 As the culture war is about irreconcilable beliefs about God and man, right and wrong, good and evil, and is at root a religious war, it will be with us so long as men are free to act on their beliefs.

Yet, given the divisions among us, deeper and wider than ever, it is an open question as to how, and how long, we will endure as one people.

After World War II, our judicial dictatorship began a purge of public manifestations of the “Christian nation” that Harry Truman said we were.

In 2009, Barack Obama retorted, “We do not consider ourselves to be a Christian nation.” Secularism had been enthroned as our established religion, with only the most feeble of protests.

One can only imagine how Iranians or Afghans would deal with unelected judges moving to de-Islamicize their nations. Heads would roll, literally.

Which bring us to the first culture war skirmish of the Trump era.

Taking sides with Attorney General Jeff Sessions against Education Secretary Betsy DeVos, the president rescinded the Obama directive that gave transgender students the right to use the bathroom of their choice in public schools. President Donald Trump sent the issue back to the states and locales to decide.

While treated by the media and left as the civil rights cause of our era, the “bathroom debate” calls to mind Marx’s observation, “History repeats itself, first as tragedy, second as farce.”

Can anyone seriously contend that whether a 14-year-old boy, who thinks he is a girl, gets to use the girls’ bathroom is a civil rights issue comparable to whether African-Americans get the right to vote?

Remarkably, there was vigorous dissent, from DeVos, to returning this issue to where it belongs, with state and local officials.

After yielding on the bathroom question, she put out a statement declaring that every school in America has a “moral obligation” to protect children from bullying, and directed her Office of Civil Rights to investigate all claims of bullying or harassment “against those who are most vulnerable in our schools.”

Now, bullying is bad behavior, and it may be horrible behavior.

But when did a Republican Party that believes in states rights decide this was a responsibility of a bureaucracy Ronald Reagan promised but failed to shut down? When did the GOP become nanny-staters?

Bullying is something every kid in public, parochial or private school has witnessed by graduation. While unfortunate, it is part of growing up.

But what kind of society, what kind of people have we become when we start to rely on federal bureaucrats to stop big kids from harassing and beating up smaller or weaker kids?

While the bathroom debate is a skirmish in the culture war, Trump’s solution—send the issue back to the states and the people there to work it out—may point the way to a truce—assuming Americans still want a truce.

For Trump’s solution is rooted in the principle of subsidiarity, first advanced in the 1891 encyclical Rerum Novarum by Pope Leo XIII—that social problems are best resolved by the smallest unit of society with the ability to resolve them.

In brief, bullying is a problem for parents, teachers, principals to deal with, and local cops and the school district if it becomes widespread.

This idea is consistent with the Republican idea of federalism—that the national government should undertake those duties—securing the borders, fighting the nation’s wars, creating a continental road and rail system—that states alone cannot do.

Indeed, the nationalization of decision-making, the imposition of one-size-fits-all solutions to social problems, the court orders emanating from the ideology of judges—to which there is no appeal—that is behind the culture wars that may yet bring an end to this experiment in democratic rule.

Those factors are also among the primary causes of the fever of secessionism that is spreading all across Europe, and is now visible here.

Consider California. Democrats hold every state office, both Senate seats, two-thirds of both houses of the state legislature, 3 in 4 of the congressional seats. Hillary Clinton beat Trump 2-to-1 in California, with her margin in excess of 4 million votes.

And as she wants to “Let France Be France,” and leave the EU, as Brits did with Brexit, a movement is afoot in California to secede from the United States and form a separate nation.

California seceding sounds like a cause that could bring San Francisco Democrats into a grand alliance with Breitbart.

A new federalism—a devolution of power and resources away from Washington and back to states, cities, towns and citizens, to let them resolve their problems their own way and according to their own principles—may be the price of retention of the American Union.