Is Trump Standing Down in Syria? 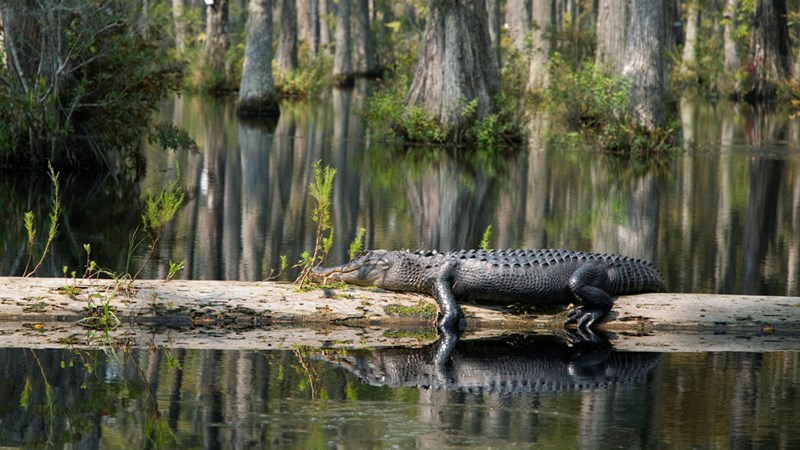 Wednesday morning, President Trump jolted the nation with a tweet that contained both threat and taunt:

“Russia vows to shoot down any and all missiles fired at Syria. Get ready Russia, because they will be coming, nice and new and ‘smart!’ You shouldn’t be partners with a Gas Killing Animal who kills his people and enjoys it!”

Trump was responding to a warning by Russia that she would shoot down U.S. missiles fired at her Syrian allies, and she reserved the right to fire on U.S. warships and bases from which any such missiles were launched.

That afternoon, Defense Secretary James Mattis dialed it down. Had he seen enough evidence to convict Assad of a poison gas attack in Douma, Mattis was asked. His reply: “We are still assessing the intelligence. … We’re still working on this.”

Thursday morning, Trump seemed to walk back his threat: “Never said when an attack on Syria would take place. Could be very soon or not so soon at all!”

Is Trump planning a larger attack and silently gathering allies? Is he signaling that a U.S. attack on Syria may not be coming?

Whichever, the relief at his apparent stand down was palpable.

Yet the interlude should cause some sober second thoughts.

Why risk war with Russia in Syria, when, by our own inaction during this seven-year civil war, we have shown we have no vital interest there? And, surely, we have no interest in Syria so crucial as to justify a war with a nuclear-armed Russia.

Trump allowed his revulsion at the awful pictures of dead children, allegedly gassed, to impel him to threaten military action almost certain to result in more dead children.

Emotions should not be allowed to overrule what the president has thought and expressed many times: While the outcome of Syria’s civil war may mean everything to Assad, and much to Russia, Turkey, Saudi Arabia, Iran and Israel, it means comparatively little to a USA 5,000 miles away.

We cannot forever fight other peoples’ wars without ending up on the same ash heap of history as the other world powers before us.

And why not talk directly to our adversaries there?

If Trump can talk to Kim Jong Un, who used an anti-aircraft gun to execute his uncle and had his half-brother murdered in a Malaysian airport with a chemical weapon, why cannot we talk to Bashar Assad?

In 1974, Richard Nixon flew to Damascus to establish ties to Assad’s father, the future “Butcher of Hama.” George H.W. Bush enlisted Hafez al-Assad and 4,000 Syrian troops in his Gulf War to liberate Kuwait.

What are America’s limited interests in Syria in 2018?

Containing al-Qaida, exterminating the ISIS caliphate, and effecting the best deal we can for the Kurds who have been loyal and crucial to our campaign against ISIS. Damascus, Moscow and Tehran are not fighting us on these fronts. For al-Qaida and ISIS are their enemies as well.

As for the political future of Syria, it is not vital to us and not ours to determine. And the efforts of others to have us come fight their wars, while understandable, need to be resisted.

All over this city, and across the Middle East, there are people who wish to conscript U.S. wealth and power to advance their goals and achieve their visions. Having let them succeed so often has diminished us as a superpower from what we were at the end of the Cold War.

This should stop, and the nation knows it.

Among the reasons Democrats nominated Barack Obama and America elected him was that his opponents, Hillary Clinton and John McCain, supported the Iraq War Obama opposed.

Among the reasons the Republican Party nominated Trump and the nation elected him was that he promised to take us out and keep us out of wars like this Syrian civil war.

Is it not ironic that today our War Party, which, almost to a man, loathed Trump and rejected his candidacy, is goading and cheering him on, deeper and deeper into the Syrian quagmire?

Trump is heading into a 60-day period that will go far to determine the fate of his presidency and the future of the Middle East.

If investigators determine that Assad’s forces used poison gas on civilians in Douma, Trump will have to decide whether to repeat the strike he made on Syria, a year ago, and, this time, risk war with Russia.

He will have to decide by May 12 whether the U.S. walks away from the Iran nuclear deal. On May 15 comes the formal move of the U.S. embassy to Jerusalem, the 70th anniversary of the birth of Israel and of the Nakba, or “catastrophe,” of the Palestinians, and the culmination of the Friday protests in Gaza that have turned so bloody.

We and Mr. Trump are heading into interesting times.