In the final weeks of spring the Islamic State finally seemed to be in serious trouble. Its capital of Raqqa came under simultaneous pressure from forces supported by the Syrian government advancing from Palmyra in the southwest, and from the U.S.-supported (mainly Kurdish) Syrian Democratic Forces to the north. The scene was set for a 1945-style “race to Berlin.”

Then, on June 17, came the “leak” of an internal memo by 51 middle- and low-level State Department officials criticizing the Obama administration’s policy in Syria and advocating U.S. military attacks on the government of Bashar al-Assad, to “undergird and drive a more focused and hard-nosed U.S.-led diplomatic process.” The memo—filed in the “dissent channel” set up in the Vietnam era as a way for employees to register their protest without fear of reprisal—did not offer a scenario for a post-Bashar Syria. It simply asserted that “the moral rationale” for ending the death and suffering is “evident and unquestionable.” The memo advocated “a credible threat of military action to keep Assad in line” (as his downfall was being arranged) and to bolster the fight against the Islamic State by helping the “moderate Sunni” forces. 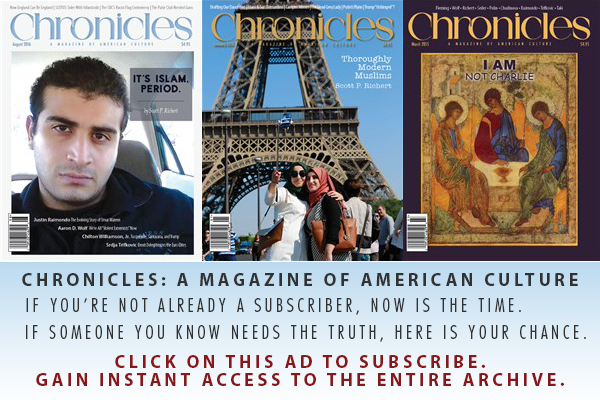 Reportedly, many of the “dissidents” are Hillary Clinton’s liberal-interventionist appointees from her tenure at the State Department. In view of her vocal support for“robust” U.S. action is Syria, their memo appears to be a preemptive bid to curry favor in advance of her anticipated victory in November. The document reflects all the flaws, inconsistencies, and outright idiocies of Mrs. Clinton’s Middle East policies, past and present.

Since the drafting of the Cessation of Hostilities agreement—signed by the United States and Russia last February—over 800,000 Syrians have been receiving aid that was previously denied them. Any U.S. attack on Assad’s forces would sever this lifeline, escalate the war, and dramatically increase death and suffering. It would be a boon not only to the Islamic State but to jihadists of all hues and to their abettors in Turkey, Saudi Arabia, and the Gulf. Worse still, it would risk an unpredictably hazardous escalation with the Russians—who have major military assets in Syria—with no commensurate strategic benefit to Americans. It would prompt Tehran to terminate its tentative anti-IS cooperation with the United States in Iraq. It would destroy American credibility with the Kurds, without compensating for the loss of their hitherto effective boots on the ground by the addition of imaginary Sunni Arab “moderates.” Perhaps the authors of the memo imagine they will convert non-ISIS jihadists and Salafi fanatics (such as Ahrar al-Sham and Jaish al-Islam, who are firmly allied with Al Qaeda’s Jabhat al-Nusra) into “moderates.” But there was no mention of any of them and their routine cease-fire violations in the memo.

It soon became evident that the push for a pro-jihadist U.S. intervention in Syria was an orchestrated effort. On June 20, Michele Flournoy—odds-on favorite to be Hillary Clinton’s secretary of defense—called for “limited military coercion” to help remove Assad from power, including a “no bombing” zone over parts of Syria held by U.S.-backed rebels. Flournoy and her neocon/neolib cohorts at the Center for New American Security advocated “going beyond the current Cessation of Hostilities” and sending American troops into combat against both the Islamic State and the Assad regime. Thus, the U.S. should “press” Syria and Russia to agree not to treat the U.S.-supported jihadists as “extremists,” and to cease air attacks on the territory the jihadists control. If bombing continues, the U.S. should attack Syrian-government targets with cruise missiles to avoid Russian air-defense countermeasures. According to Flournoy, the United States “should cease its insistence on the Islamic State as the sole target, and begin training and equipping moderate opposition fighters who wish to take on the Assad regime as well.”

Flournoy’s apparent coordination with the “dissidents”at State portends a dangerous turn in U.S. policy should Hillary Clinton be elected. According to a former senior U.S. diplomat, these people “embrace the use of force without linking it to any diplomatic strategy,” and wrongly assume “that regime change will produce peace rather than additional political complexity or anarchy.” They want Libya or Iraq on steroids—a massive effort to bring down the current ruler regardless of the predictable consequences: Hobbesian mayhem, jihadist triumph, Christian exodus.

More dangerously, the advocates of reckless U.S. interventionism fail to grasp that the world has changed since the days of “benevolent global hegemony” two decades ago. They are unwilling and unable to balance ends and means, or to argue their case rationally. Theirs is not a set of flawed policy proposals by misguided individuals; it is a blueprint for disaster concocted by people who are evil and insane in equal measure.