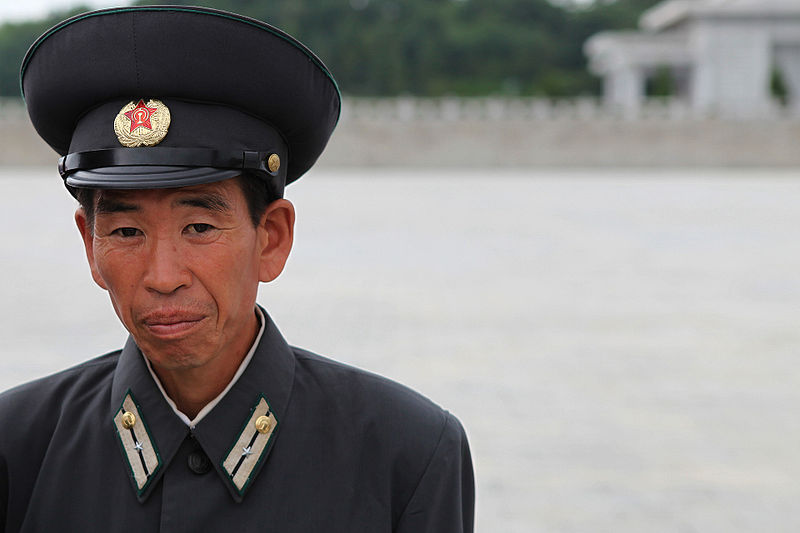 As President Trump makes his UN General Assembly debut this week—the body he has rightly called weak, incompetent, bad for democracy, and no friend of the United States—North Korea still dominates the headlines. It presents a problem in need of sober management. While it is somewhat troubling that Kim Jong-un has the missiles and warheads capable of reaching the West Coast, it is not per se a challenge of world-historical proportions. The Soviets’ acquisition of nuclear weapons in 1949, and the Chinese joining the nuclear club in 1964, were far more significant in grand-strategic terms. Both were prudently managed in the fullness of time, and since the Cuban missile crisis the world has not faced a realistic prospect of nuclear holocaust.

For starters, Kim’s possession of missiles and nuclear devices should no longer be treated an issue of non-proliferation; it is now a matter of arms control and containment. This change of emphasis is possible and necessary, because Kim is not an insane bully with suicidal tendencies. Trump’s pledge to respond to any North Korean action against the US mainland or its territories with “fire and fury like the world has never seen” was not an empty threat, but Kim does not intend to follow that path. He is a nasty piece of work—a worthy heir of the bizarre, Oriental-despotic/neostalinist dynasty—yet his calculus is entirely rational. Being called “Rocket Man” is not an insult, it is music to his ears. He believes, with reason, that a preemptive U.S. strike to degrade his strategic assets is not a realistic scenario. The Trump administration has leaked plans for a “decapitation strike” that would target Kim, but even if successful it would not change the nature of the regime in Pyongyang. Having the bomb, as well as thousands of artillery pieces aimed at Seoul, is the North’s long-term insurance policy against any regime-change scenario.

National Security Advisor McMaster pretends otherwise (“there is a military option”), and the ever-bellicose Nikki Haley claims that “General Mattis will take care of it”; but the size of Kim’s conventional forces, and his capacity to turn South Korea’s capital into rubble, make an all-out attack both politically and militarily unthinkable. Seoul is scared of escalation. Two weeks ago South Korea’s president Moon expressed very public support for Vladimir Putin’s position that diplomacy is the only path forward, and without South Korea’s willing participation an American attack north of the 38th parallel is literally impossible.

“Surgical air strikes,” even if effective, would also result in immediate retaliatory barrages with catastrophic consequences for the citizens of Seoul and for the U.S.-South Korean alliance. Firing dozens of Tomahawks from submarines and sending B-2 stealth bombers against North Korean nuclear sites and ballistic missile facilities could degrade Kim’s arsenal, but retaliation would be massive and immediate; thousands of conventional and rocket artillery pieces, mostly dug in near the demilitarised zone, include hundreds that are within range of the South Korean capital city. The U.S. military would take days to suppress them, and they would be able to fire tens of thousands of shells and rockets during that time.

The solution to Kim’s challenge exists. It demands bold and clear thinking. The threat to the U.S. homeland is theoretical, and it is present only for as long as America remains engaged in Korean affairs. Even if it had the technical wherewithal to threaten the United States, North Korea could not do it credibly: a missile or two, or five, would be fairly easy to intercept and destroy. Trust Trump, the ensuing retaliation would turn much of the People’s Democratic Republic into a parking lot. The solution is to let South Korea worry about its own security.

Seoul should develop the nuclear bomb, with U.S. encouragement, and thus prevent North Korea from using its own arsenal as a means of blackmail to alter the regional balance of power. Deterrence works. The U.S., Russia, China, Great Britain, France, India, Pakistan, and Israel have possessed nuclear weapons for decades. None of them has ever been able to change the status quo in its favor by threatening to use the bomb. The possession of nuclear weapons by one of the parties did not impact the war in Korea in 1953, or at Suez in 1956, or prevent the two superpowers’ defeats, in Vietnam and Afghanistan respectively. It makes no difference to China’s stalled efforts to bring Taiwan under its control. South Africa had developed its own nuclear arsenal in the 1980s—it has been dismantled since—but this did not enhance its government’s ability to resist the pressure to abolish the Apartheid in the early 1990’s. The political effect of a country’s possession of nuclear weapons has been to force its potential adversaries to exercise caution and to freeze the existing frontiers. North Korea won’t be an exception to the rule.

The root causes of North Korea’s apparently reckless behavior are predominantly domestic. Kim Jong-un, the third absolute ruler in the dynasty established by his late grandfather Kim Il-sung, is primarily interested in survival and continuity. A coherent long-term American response should address the question as to why North Korea feels it needs nuclear weapons in the first place. This is not because Kim Jong-un plans to reunify the peninsula by force—that he cannot do, with or without the bomb—but because Pyongyang regards the United States as a real and present threat. Ever since it was designated the eastern pivot of the “Axis of Evil” in President George W. Bush’s 2002 State of the Union Address, its leaders have had rational grounds to feel threatened. The possession of nuclear weapons is the only reliable insurance policy to those states that Washington may deem fit for regime change (as witnessed in Iraq, Libya etc).

We need to discard the old orthodoxy that nuclear proliferation is inherently dangerous. It is not. There have been many wars since 1945, but no catastrophic ones on par with the Great War a century ago or its 1939-1945 sequel. Our long peace—lasting over seven decades thus far—is largely due to the existence of nuclear weapons and to their possession by an expanding circle of powers. It is heretical to say but true nevertheless, that nuclear proliferation has been a major factor in the preservation of peace. The “Balance of Terror” is a grim term which denotes a comforting reality, and its logic applies to the lesser powers, such as India and Pakistan, which went to war three times after the Partition—in 1947, 1965, and 1971— but not since then. The possession of nuclear weapons by both adversaries has been a major war-inhibiting factor for over four decades, and it will likely remain so for many years to come.

As I wrote in these pages four years ago, what is valid for the Subcontinent can and should apply to the Korean peninsula. Let’s be clear: sanctions or no sanctions, Pyongyang will not give up its nuclear arsenal. For the sake of regional peace and stability, South Korea should acquire one as well – and of course there is no reason for Japan not to follow suit. Washington should grant a free nuclear hand to Seoul in return for the mutually agreed U.S. troop withdrawal. It is high time to let the countries directly affected by Pyongyang’s actions—South Korea, Japan, China, and Russia—deal with North Korea themselves as they deem fit.