Moment of Unity in a Disintegrating World 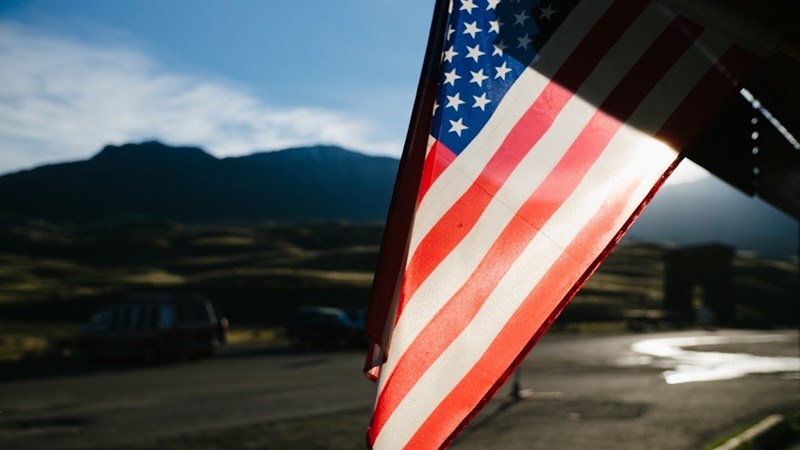 “An act of pure evil,” said President Trump of the atrocity in Las Vegas, invoking our ancient faith: “Scripture teaches us the Lord is close to the brokenhearted and saves those who are crushed in spirit.”

“Our unity cannot be shattered by evil. Our bonds cannot be broken by violence,” Trump went on in his most presidential moment, “and though we feel such great anger at the senseless murder of our fellow citizens, it is love that defines us today and always will. Forever.”

Uplifting words. But are they true?

Or will this massacre be like the Sandy Hook Elementary School slaughter of 20 children in Newtown, Connecticut, or Charleston massacre of black churchgoers by Dylan Roof—uniting us briefly in “sadness, shock and grief” only to divide us again and, more deeply, in our endless war over guns.

“In memory of the fallen, I have directed that our great flag be flown at half-staff,” said the president. As he spoke, the mind went back to yesterday afternoon where the NFL was roiled anew by athletes earning seven-figure salaries “taking a knee” in disrespect of that flag.

Also on Sunday, cable TV was given over to charges that Trump, attending a golf tournament in New Jersey, cared nothing about the suffering of “people of color” in Puerto Rico.

And we just closed out a summer where monuments honoring the explorers and missionaries who discovered the New World and the men who made the America we have been blessed to inherit have, along with those of Confederate soldiers, been desecrated and dragged down.

Only the 1960s, with Vietnam and the great cultural revolution, and the War Between the States from 1861-1865, rival this as a time of national disunity and civil discord.

To understand what is happening to us, we should look to Europe, where the disintegration appears more advanced.

Sunday, 4,000 national police, sent by Madrid, used violence to break up a referendum called by the regional government of Catalonia on secession. Nine in 10 of those able to cast a ballot voted to secede from Spain.

Televised pictures from Barcelona of police clubbing and dragging voters away from the polls, injuring hundreds, may make this a Selma moment in the history of Europe.

This is the first of the specters haunting Europe: the desire of ethnic minorities like Catalans in Spain and Scots in Britain to break free of the mother country and create new nations, as the Norwegians did in 1905 and the Irish did in 1921.

The second is the desire of growing millions of Europeans to overthrow the transnational regime that has been raised above them, the EU.

The English succeeded with Brexit in 2016. Today, almost every country in Europe has an anti-EU party like the National Front in France, which won 35 percent of the presidential vote in 2017.

Beyond the tribal call of ethnic solidarity is a growing resentment in Northern Europe at having to bail out the chronic deficits of the South, and in Southern Europe at the austerity imposed by the North.

The German elections underlined a new threat to European unity. The ruling coalition of Angela Merkel’s CDU and SPD suffered major losses. The Bavarian-based sister party of the CDU, the CSU, was itself shaken.

Angela Merkel as the new “leader of the West” in the time of Trump is an idea that has come and gone. She is a diminished figure.

Some 13 percent of the votes went to Alternative for Germany, a far-right party that, for the first time, will enter the Bundestag. In states of the former East Germany, the AfD ran second or even first.

What produced this right turn in Germany is what produced it in Hungary and Poland: migration from Africa and the Middle East that is creating socially and culturally indigestible enclaves in and around the great cities of Europe.

Europeans, like Trumpians, want their borders secured and closed to the masses of the Third World.

Germans are weary of 70 years of wearing sackcloth and ashes.

Race, tribe, borders, culture, history—issues of identity—are tearing at the seams of the EU and pulling apart nations.

We Americans may celebrate our multiracial, multiethnic, multilingual, multicultural diversity as our greatest attribute. But the acrimony and the divisions among us seem greater than ever before in our lifetimes.

In the Republican Party, there is now a vast cohort of populist and nationalists who agree with Merle Haggard, “If you’re runnin’ down my country, man, You’re walkin’ on the fightin’ side of me.”

A massacre of Americans like that in Las Vegas may bring us together briefly. But what holds us together when issues of race, religion, ethnicity, culture, history and politics—our cherished diversity itself—appear to be pulling us ever further apart?

Previous PostWorld War III With China: How It Might Actually Be FoughtNext PostJefferson’s Cousin