Quiet-ish Time in the City Of Power 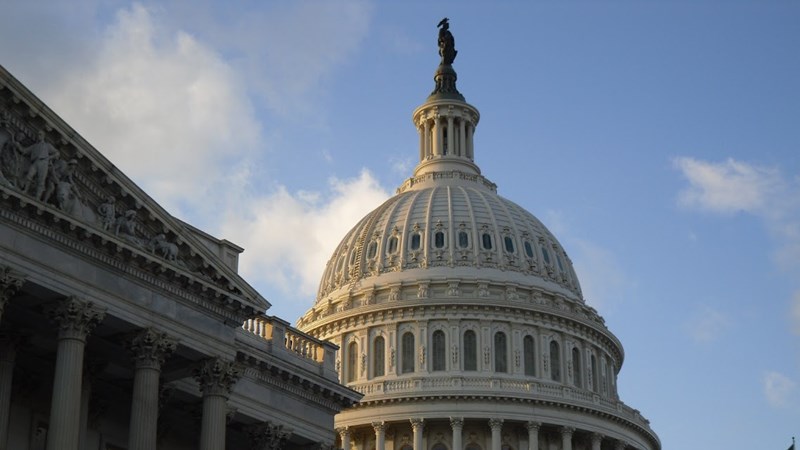 Who weeps, who languishes, who darts anxious glances at the clock just about the time Congress goes on vacation?

The media, of course. With Congress out of town, what’s to report on, what’s to wring the hands over? As we all acknowledge, Washington, D.C., is the center of the galaxy. When Congress is in session and the president resident nearby, the universe moves as designed by the one great architect of our attentions. Plenty to talk about then—votes, legislation, appointments, committee hearings.

Ah, but in August Congress goes home, supposedly for consultation with us, the people. The president winds down his own Washington schedule: still talking, yes; still, if he is Donald Trump, tweeting, but, inevitably, given the changed ambience, with less urgency and to less acclaim.

What are the media to do? Adjust, of course, as they always do, as they have done the whole of my half-century in the news business.

The Wall Street Journal trumpets constituent pressures that “could make it hard (for vacationing congressmen) to focus on taxes;” runs the headline “Egypt’s Leader Makes a Risky Bet on the Healing Power of Economic Pain” (Egypt!); analyzes the United Auto Workers’ loss of a unionization election in Mississippi. Of profounder interest is a story on the popularity of the pies at the Blue Bonnet Cafe in Marble Falls, Texas.

The New York Times‘ editorial page wrings its hands over . . . President Trump’s lack of moxie as a dealmaker. The angle of which has at least something to do with “his incompetence and futile bullying.” The Times despises Trump? Gee, why haven’t they ever told us so?

None of the news stories cited above is, on its own terms, inconsequential. With such tidings the papers are stuffed every day of the year. When there are deadlines to be met, deadlines will be met. That’s the news business: now and a century from now.

The momentary withdrawal from the scene of D.C. big players reminds us all the same of the dominance Washington has assumed in our lives—alas and alack. The really big stuff happens along the Potomac, we regularly discover: investigations (Robert Mueller comes to mind), slashing debates on the direction of health and tax policy, American policy toward American foes abroad. The media depend on the unfolding of consequential news. The media’s customers—meaning all of us, save for the rare hermit in the Davis Mountains of Texas—depend on the knowledge and guidance that flow from our nation’s capital. This seems, to some of us, a very bad thing.

Why bad—because we shouldn’t care? No. Because the truth lies elsewhere. We indeed should care—except we shouldn’t have to. The meaning of that paradox is that the concerns of family and community are the basic human concerns, affecting prospects for happiness and contentment far more intimately than any debate on the floor of the Senate possibly could. A nation of 330 million souls cannot be said accurately to have one mind, as the legislative craftsmen of Washington seemingly believe. How can they believe anything else when by choice they haunt the national capital all year long, with time out for August vacations and Christmas? They appear united in the conviction that unless they act decisively on this mission or that one, the nation will dwindle to a cinder.

An elected representative of the people should have a more sophisticated view of the people’s necessities: among which necessities can rightly be numbered the claim to liberty and free—where possible—choice; the opportunity to spin plans and projects, with minimal outside guidance; the comparative intimacy of a relationship with local governing officials, contrasted with officials dwelling half a continent away, rudimentarily informed of what it means to live in Billings, Montana, or Hernando, Mississippi.

It rarely works that way in this time of ever-more-thorough centralization: D.C. on top of the heap, every other place receding in relevance. How well we sense it when Congress vacations. Life settles just a tiny bit, and the urgent missions of life—personal missions, community missions, things of the heart and the spirit—come a bit more into focus, a little nearer, a little dearer. Enjoy. It can’t last.