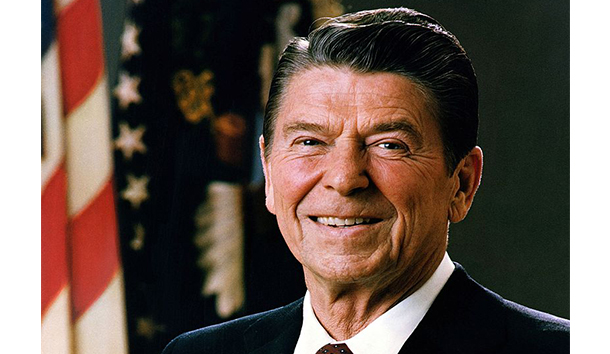 Since World War II, the two men who have most terrified this city by winning the presidency are Ronald Reagan and Donald Trump.

And they have much in common.

Both came out of the popular culture, Reagan out of Hollywood, Trump out of a successful reality TV show. Both possessed the gifts of showmen—extraordinarily valuable political assets in a television age that deals cruelly with the uncharismatic.

Both became instruments of insurgencies out to overthrow the establishment of the party whose nomination they were seeking.

Reagan emerged as the champion of the postwar conservatism that had captured the Republican Party with Barry Goldwater’s nomination in 1964. His victory in 1980 came at the apogee of conservative power.

The populism that enabled Trump to crush 16 Republican rivals and put him over the top in Pennsylvania, Wisconsin and Michigan had also arisen a decade and a half before—in the 1990s.

A decisive advantage Reagan and Trump both enjoyed is that in their decisive years, the establishments of both parties were seen as having failed the nation.

When Trump won, Americans had gone through years of wage stagnation. Our industrial base had been hollowed out. And we seemed unable to win or end a half-dozen Middle East wars in which we had become ensnared.

What is the common denominator of both the Reagan landslide of 1980 and Trump’s victory?

Both candidates appealed to American nationalism.

In the late 1970s, Reagan took the lead in the campaign to save the Panama Canal. “We bought it. We paid for it. It’s ours. And we’re going to keep it,” thundered the Gipper.

While he lost the fight for the Canal when the GOP establishment in the Senate lined up behind Jimmy Carter, the battle established Reagan as a leader who put his country first.

Trump unapologetically seized upon the nationalist slogan that was most detested by our globalist elites, “America first!”

He would build a wall, secure the border, stop the invasion. He would trash the rotten trade treaties negotiated by transnational elites who had sold out our sovereignty and sent our jobs to China.

He would demand that freeloading allies in Europe, the Far East and the Persian Gulf pay their fair share of the cost of their defense.

In the rhetoric of Reagan and Trump there is a simplicity and a directness that is familiar to, and appeals to, the men and women out in Middle America, to whom both directed their campaigns.

In his first press conference in January of 1981, Reagan said of the Kremlin, “They reserve unto themselves the right to commit any crime, to lie, to cheat. . . . We operate on a different set of standards.”

He called the Soviet Union an “evil empire” and the “focus of evil in the modern world.”

But while there are similarities between these outsiders who captured their nominations and won the presidency by defying and then defeating the establishments of both political parties, the situations they confront are dissimilar.

Reagan took office in a time of Cold War clarity.

Though there was sharp disagreement over how tough the United States should be and what was needed for national defense, there was no real question as to who our adversaries were.

As had been true since the time of Harry Truman, the world struggle was between communism and freedom, the USSR and the West, the Warsaw Pact and the NATO alliance.

There was a moral clarity then that no longer exists now.

NATO embraces three former republics of the USSR, and we confront Moscow in places like Crimea and the Donbass that no American of the Reagan era would have regarded as a national interest of the United States.

We no longer agree on who our greatest enemies are, or what the greatest threats are.

Is it Vladimir Putin’s Russia? Is it Iran? Is it China, which Secretary of State-designate Rex Tillerson says must be made to vacate the air, missile and naval bases it has built on rocks and reefs in a South China Sea that Beijing claims as its national territory?

Beyond issues of war and peace, there are issues at home—race, crime, policing, abortion, LGBT rights, immigration (legal and illegal) and countless others on which this multicultural, multiracial and multiethnic nation is split two, three, many ways.

The existential question of the Trump era might be framed thus: How long will this divided democracy endure as one nation and one people?