There are some simple rules governing modern American political conventions. If you speak at the convention, you endorse the nominee. If you can’t endorse the nominee, you don’t go. You certainly don’t use a prime time speaking slot to try to sabotage your party’s fall campaign.

A number of Trump’s foes have refused to endorse him, even though they had all pledged to support the GOP’s nominee. All, except one, chose to stay away from Cleveland. The only absentee to come under any criticism for skipping the convention is John Kasich, and that is only because he is the governor of Ohio. If Kasich were the governor of Michigan or Pennsylvania instead, his absence would generate no more comment than Lindsey Graham’s. 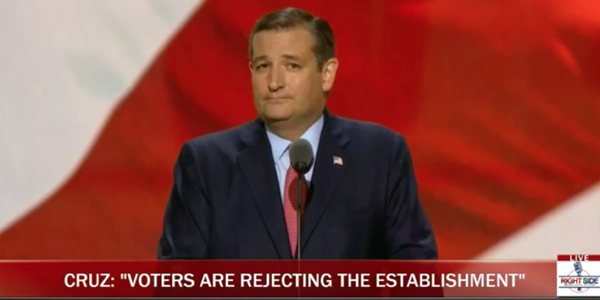 Last night, of course, Ted Cruz ostentatiously broke all these rules. It was self-promotion masquerading as principle. It explains why almost no one who works alongside Cruz in Congress has anything good to say about him.

And it may backfire. Cruz’s antics last night will certainly drive up the ratings for tonight. If Pence’s terrific speech from last night is any indication, Trump’s speech tonight will be good. And if Trump does deliver a masterful speech tonight, with tens of millions of American watching, it will be the political equivalent of a grand slam.