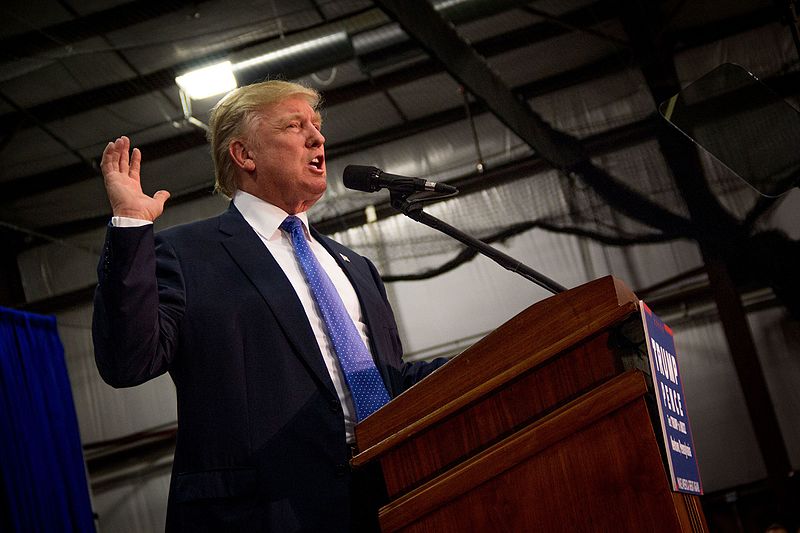 Imagine how the electoral map would have looked if the 2016 presidential election hadn’t been rigged.

Donald Trump pulled off a yuge upset, and in the Upper East Coast and up and down the entire West Coast, people who have never flown over the vast swath of red in the midst of the country, let alone set foot in it, are wondering how they could have been so wrong.

Oh, who am I kidding? They’re not considering the possibility that they could have been wrong; they’re blaming the racists, the sexists, the rich, the poor, the toothless masses yearning to shoot horse. Hillary only lost (in their minds) because somewhere north of 59 million of their fellow Americans are so evil that they would vote for Hitler, so long as he came back with a massive blond combover and a bright-orange spray tan.

Turns out orange is the new black, after all. After eight years of being decried as evil by those who could not conceive of any other reason why someone would vote for Barack Obama, stalwart liberals have fallen into the very pattern of thought held by the people they despise. Perhaps this country is more united in its division than we realize. But that’s a topic for another day.

Today, we need to consider the challenges faced by those who are celebrating Trump’s victory. And the most important challenge is the temptation to make it personal. Those who were attracted to Trump because he adopted the issues that we at Chronicles have championed for 30 years have every reason to celebrate right now—and every reason to be concerned that the policies they are hoping to see may not fully materialize. I’m not referring simply to the problems that the future President Trump may face with his own party in Congress. The Republican Congress may, in fact, largely fall into line, as Paul Ryan is suggesting. The bigger problem lies in the staffing of the administration.

The best-case scenario is that Trump and his transition team want very much to make good on the promises he made over the last year and a half. But even in that case, they need people in the administration who believe in those promises and the policies that would flow from them. The reality, though, is that most of the people who line up for positions in a Republican administration—even this particular administration—aren’t likely to be overly attached to those promises, much less concerned with translating them into concrete policies. And the exigencies of governance mean that the Trump transition team isn’t going to be drawing from the editorial board of Chronicles, much less from among our readers.

So, even assuming the best of intentions, there will be some significant number of people in the Trump administration who have little or no attachment to realist positions on (among other things) trade, immigration, manufacturing, and foreign policy. And that will inevitably mean that President Trump will occasionally do or support things that run contrary to what his supporters expect and hope for.

How his supporters respond to those occasions will determine whether the Trump administration turns out to be a mere speed bump on the road toward a “progressive” future, or the start of a principled return to a limited federal government, acting in the best interests of the citizens of these United States. Justifying compromises or even the occasional outright betrayal because Trump is “our guy” the way Barack Obama was “theirs” might very well mean that this hard-won victory will, after a detour of a few years, leave us back where we started.

The late M. Stanton Evans saw this clearly many years ago. “The trouble with conservatives,” Stan was fond of saying, “is that too many of them come to Washington thinking they are going to drain the swamp, only to discover that Washington makes a great hot tub.”

Conservatives don’t pursue power for its own sake; power cannot be an end in itself. In the afterglow of a great victory, it’s all too easy to forget this most important of conservative principles.