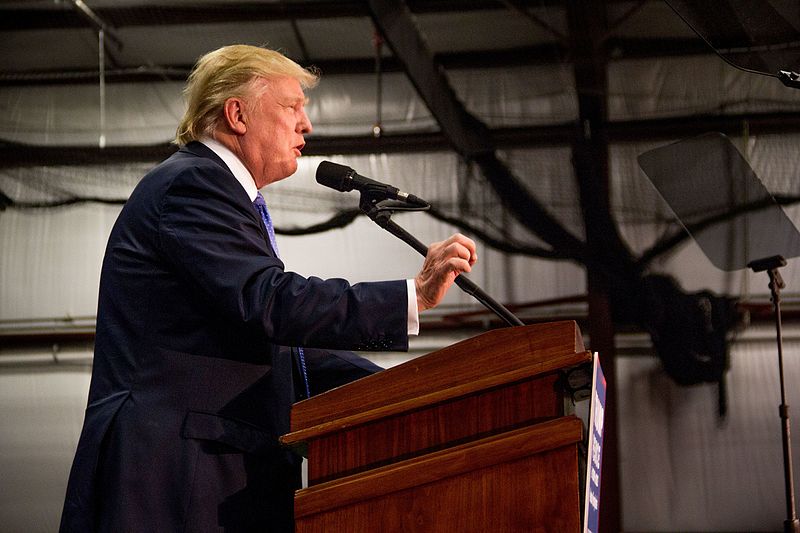 “If I don’t win, this will be the greatest waste of time, money and energy in my lifetime,” says Donald Trump.

Herewith, a dissent. Whatever happens Tuesday, Trump has made history and has forever changed American politics.

Though a novice in politics, he captured the Party of Lincoln with the largest turnout of primary voters ever, and he has inflicted wounds on the nation’s ruling class from which it may not soon recover.

Bush I and II, Mitt Romney, the neocons and the GOP commentariat all denounced Trump as morally and temperamentally unfit. Yet, seven of eight Republicans are voting for Trump, and he drew the largest and most enthusiastic crowds of any GOP nominee.

Not only did he rout the Republican elites, he ash-canned their agenda and repudiated the wars into which they plunged the country.

Trump did not create the forces that propelled his candidacy. But he recognized them, tapped into them, and unleashed a gusher of nationalism and populism that will not soon dissipate.

Whatever happens Tuesday, there is no going back now.

How could the Republican establishment advance anew the trade and immigration policies that their base has so thunderously rejected?

Do mainstream Republicans think that should Trump lose a Bush Restoration lies ahead? The dynasty is as dead as the Romanovs.

The media, whose reputation has sunk to Congressional depths, has also suffered a blow to its credibility.

Its hatred of Trump has been almost manic, and WikiLeaks revelations of the collusion between major media and Clintonites have convinced skeptics that the system is rigged and the referees of democracy are in the tank.

But it is the national establishment that has suffered most.

The Trump candidacy exposed what seems an unbridgeable gulf between this political class and the nation in whose name it purports to speak.

Consider the litany of horrors it has charged Trump with.

He said John McCain was no hero, that some Mexican illegals are “rapists.” He mocked a handicapped reporter. He called some women “pigs.” He wants a temporary ban to Muslim immigration. He fought with a Gold Star mother and father. He once engaged in “fat-shaming” a Miss Universe, calling her “Miss Piggy,” and telling her to stay out of Burger King. He allegedly made crude advances on a dozen women and starred in the “Access Hollywood” tape with Billy Bush.

While such “gaffes” are normally fatal for candidates, Trump’s followers stood by him through them all.

Why? asks an alarmed establishment. Why, in spite of all this, did Trump’s support endure? Why did the American people not react as they once would have? Why do these accusations not have the bite they once did?

Answer. We are another country now, an us-or-them country.

Middle America believes the establishment is not looking out for the nation but for retention of its power. And in attacking Trump it is not upholding some objective moral standard but seeking to destroy a leader who represents a grave threat to that power.

Trump’s followers see an American Spring as crucial, and they are not going to let past boorish behavior cause them to abandon the last best chance to preserve the country they grew up in.

These are the Middle American Radicals, the MARs of whom my late friend Sam Francis wrote.

They recoil from the future the elites have mapped out for them and, realizing the stakes, will overlook the faults and failings of a candidate who holds out the real promise of avoiding that future.

They believe Trump alone will secure the borders and rid us of a trade regime that has led to the loss of 70,000 factories and 5 million manufacturing jobs since NAFTA. They believe Trump is the best hope for keeping us out of the wars the Beltway think tanks are already planning for the sons of the “deplorables” to fight.

Moreover, they see the establishment as the quintessence of hypocrisy. Trump is instructed to stop using such toxic phrases as “America First” and “Make America Great Again” by elites who think 55 million abortions since Roe is a milestone of moral progress.

And what do they have in common with a woman who thinks partial-birth abortion, which her predecessor in the Senate, Pat Moynihan, called “infanticide,” is among the cherished “reproductive rights” of women?

While a Trump victory would create the possibility of a coalition of conservatives, populists, patriots and nationalists governing America, should he lose, America’s future appears disunited and grim.

But, would the followers of Donald Trump, whom Hillary Clinton has called “racist, sexist, homophobic, xenophobic, Islamophobic . . . bigots,” to the cheers of her media retainers, unite behind her should she win?

No. Win or lose, as Sen. Edward Kennedy said at the Democratic Convention of 1980, “The work goes on, the cause endures.”

Previous PostVoting for the AntichristNext PostRoll Up Your Sleeves, Deplorables