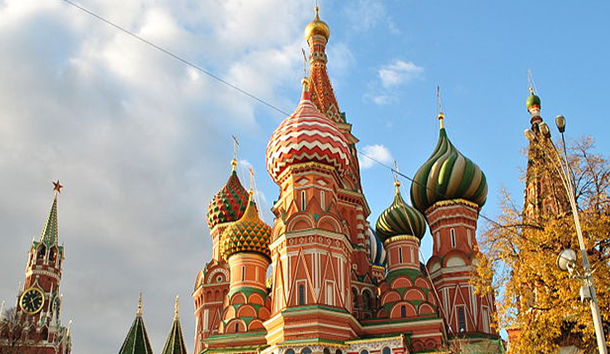 The never-Trumpers are never going to surrender the myth that Russian President Vladimir Putin ordered the hacking of Hillary Clinton campaign chairman John Podesta and the Democratic National Committee to defeat Clinton and elect Donald Trump.

Their investment in the myth is just too huge.

For Clinton and her campaign, it is the only way to explain how they booted away a presidential election even Trump thought he had lost in November. To the mainstream media, this is the smoking gun in their Acela Corridor conspiracy to delegitimize Trump’s presidency.

Incoming Senate Minority Leader Chuck Schumer sees Russian hacking as a way to put a cloud over the administration before it begins. But it is the uber-hawks hereabouts who are after the really big game.

They seek to demonize Putin as the saboteur of democracy—someone who corrupted an American presidential election to bring about victory for a “useful idiot” whom Clinton called Putin’s “puppet.”

If the War Party can convert this “fake story” into the real story of 2016, then they can scuttle any Trump effort to attain the rapprochement with Russia that Trump promised to try to achieve.

If they can stigmatize Trump as “Putin’s president” and Putin as America’s implacable enemy, then the Russophobes are back in business.

Nor is the War Party disguising its goal.

Over the weekend, Sen. John McCain called for a congressional select committee to investigate Russian hacking into the Clinton campaign. The purpose of the investigations, said Sen. Lindsey Graham, “is to put on President Trump’s desk crippling sanctions against Russia.”

“They need to pay a price,” Graham chortled on Twitter.

“Crippling sanctions” would abort any modus vivendi, any deal with Russia, before Trump could negotiate one. Trump would have to refuse to impose them—and face the firestorm to follow. The War Party is out to dynamite any détente with Russia before it begins.

Among the reasons Trump won is that he promised to end U.S. involvement in the costly, bloody and interminable wars in the Middle East the Bushites and President Barack Obama brought us—and the neocons relish—and to reach a new understanding with Russia and Putin.

But to some in Washington, beating up on Russia is a conditioned reflex dating to the Cold War. For others in the media and the front groups called think tanks, Russophobia is in their DNA.

Though Julian Assange says WikiLeaks did not get the emails from Russia, this has to be investigated. Did Russia hack the DNC’s email system and John Podesta’s email account? Did Putin direct that the emails be provided to WikiLeaks to disrupt democracy or defeat Clinton?

Clinton says Putin has had it in for her because he believes she was behind the anti-Putin demonstrations in Moscow in 2011.

But if there is to be an investigation of clandestine interference in the politics and elections of foreign nations, let’s get it all out onto the table.

The CIA director and his deputies should be made to testify under oath, not only as to what they know about Russia’s role in the WikiLeaks email dumps but also about who inside the agency is behind the leaks to the Washington Post designed to put a cloud over the Trump presidency before it begins.

Agents and operatives of the CIA should be subjected to lie detector tests to learn who is leaking to the anti-Trump press.

Before any congressional investigation, President-elect Trump should call in his new director of the CIA, Rep. Mike Pompeo, and tell him to run down and remove, for criminal misconduct, any CIA agents or operatives leaking secrets to discredit his election.

Putin, after all, is not an American. The CIA saboteurs of the Trump presidency are. Will the media investigate the leakers? Not likely, for they are the beneficiaries of the leaks and co-conspirators of the leakers.

The top officials of the CIA and Carl Gershman, president of the National Endowment for Democracy, should be called to testify under oath. Were they behind anti-Putin demonstrations during the Russian elections of 2011?

Did the CIA or NED have a role in the “color-coded” revolutions to dump over pro-Russian governments in Moscow’s “near abroad”?

If Russia did intrude in our election, was it payback for our intrusions to bring about regime change in its neighborhood?

What role did the CIA, the NED and John McCain play in the overthrow of the democratically elected government of Ukraine in 2014? McCain was seen cheering on the crowds in Independence Square in Kiev.

Trump has promised a more hopeful foreign policy than that of the Republicans he denounced and is succeeding. No more wars where vital interests are not imperiled. No more U.S. troops arriving as first responders for freeloading allies.

The real saboteurs of his new foreign policy may not be inside the Ring Road in Moscow; rather, they may be inside the Beltway around D.C.

The real danger may be that a new Trump foreign policy could be hijacked or scuttled by anti-Trump Republicans, not only on Capitol Hill but inside the executive branch itself.