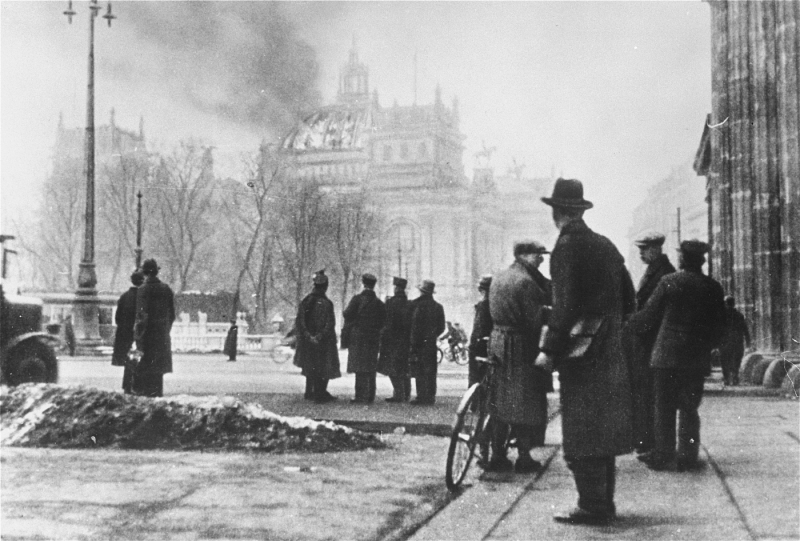 There are several conflicting narratives on who is doing what to whom in Syria, and why. That a false-flag operation was followed by an act of aggression by the U.S. and its European satellites is clear. Everything else is murky. Three initial impressions deserve particular attention.

1. False flags work if they are supported by the perpetrator-friendly media. The Maine 1898, the Lusitania 1915, the Reichstag 1933, the Sender Gleiwitz 1939, the Gulf of Tonkin 1964, the Bosnian Muslim stage-managed atrocities in the 1990’s, Saddam’s WMDs in 2003, and multiple “gas attacks” in Syria since 2013: These have one thing in common. No matter how transparent or clumsily presented, they will achieve their immediate effect if no debate and no critical analysis are allowed. Any healthy skepticism of the majority—e.g., in France and Britain on the latest case of atrocity-management in Douma—can be disregarded, for as long as the dominant discourse remains under control. “The truth will come out,” eventually, but it does not matter; the wolf has eaten the donkey. Its application in Syria last Saturday will be proven to be a hoax in the fulness of time, but as things stand it will be used again as needed a week, a month, or a year from now.

2. The Deep State has scored another victory over Trump. The stunt at Douma came two days after he tweeted his intention to pull out from Syria, completely, as soon as possible. One can imagine the Permanent State Central being horrified, but agreeing not to confront the POTUS right away. A button was pressed instead for the spooks, domestic and foreign, to activate the “White Helmets” and other user-friendly jihadists on the ground. The product was delivered two days later, and its pictures taken to the Oval Office with all due solemnity: Mr. President, a red line has been crossed, it’s a matter of our credibility now . . . and no, of course we have no doubt about Animal Assad’s culpability. Temperamentally unwilling to be cajoled into an initially undesirable course of action, Trump subsequently pretended to be its willing executioner.

3. Far from displaying firmness, Russia’s president Vladimir Putin has been indecisive and weak throughout the crisis. His senior officers’ warnings of a forthcoming stage-managed atrocity leading to an attack came in early March, but no naval or air reinforcements were sent to the limited Russian contingent in Syria. When the attack came, Bashar al Assad’s modest air-defense units were left to their own devices. Advanced Russian systems deployed for the defense of the naval base at Tarsus and the air base in Khmeimim were not activated, apparently following a prior understanding with the Americans that no Russian assets would be targeted. Following the attack Putin made a meek statement that this was “an act of aggression” (wow!), and warned that yet another such attack would “cause chaos.” This is bound to prompt the neolib-neocon clamoring for escalation: “Putin has blinked!”

The limited nature of air strikes on April 14 should not create the impression that the potential for escalation has been recognized in Washington, and that caution will prevail in the future. It does not matter what has been hit this time; what does matter is that a cost-free raid has been carried out. Hardly anyone will take note of the fact that destroying “Bashar’s chemical weapons storage facilities” has not created a toxic cloud of any size. The resulting danger is twofold. The interventionists will demand an escalation, already apparent in the announcement that U.S. forces’ engagement in Syria is open-ended. The Russians will be forced to respond eventually, by which time the price of their current appeasement of aggression will be an increased threshold of response which reduces the maneuvering space and increases the danger of lethal escalation.

The U.S. policy in Syria is madness devoid of method. By not acting to check it in a measured, rationally predictable manner, Putin has done no favor to us or to Russia, never mind the long-suffering people of Syria.