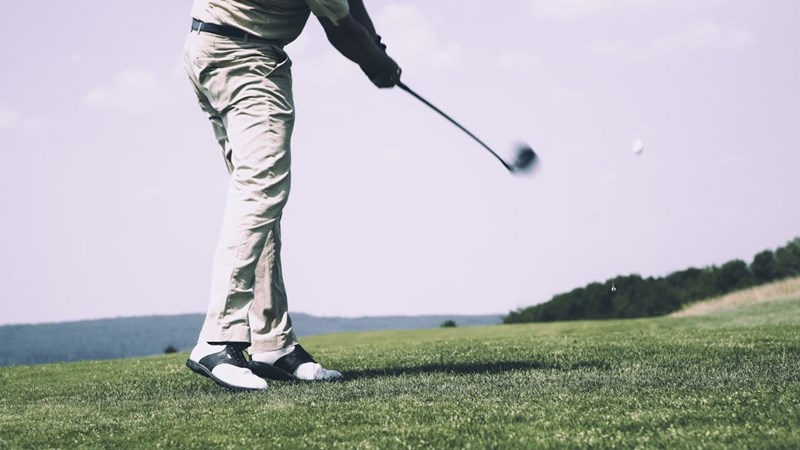 It’s just incredible what a hullabaloo can erupt from the garbled account of just one spoken word.

All week long the national media and political class have been in a tizzy over what Donald Trump was reported to have said in a closed-door White House meeting with Senators over DACA and immigration policy.

Does nobody recall that Trump is an avid golfer and resort developer? Obviously, he was characterizing certain garden spot countries in analogy to a “sweet hole” on a golf course. But he was misheard and misreported, or perhaps deliberately misrepresented.

Clearly, his actual words must have been: “Why are we having all these people from sweet hole countries come here? These places are so nice, why would anyone want to leave?”

That puts everything in a very different light.

Take Haiti, for example. Those in the know can tell you that the horrific scenes of squalor plastered on the internet showing slapdash shacks surrounded by mud and raw sewage are in fact a carefully contrived ruse to bilk unsuspecting foreigners of their money via corrupt NGOs like the Clinton Foundation—a kind of reverse Potemkin village. The real Haiti, cunningly hidden from prying eyes, is a Caribbean version of Wakanda.

Or why would Trump unfavorably compare El Salvador to Norway? It makes no sense. Sure, El Salvador has MS13, but Norway has its violent gangs too. They’re called “Vikings.” (Admittedly, they’ve not been much heard from lately.)

Alright, so maybe Trump didn’t really say “sweet hole.” (There evidently is some question of whether the second syllable was “hole” or “house.”) Is this the worst word ever uttered in a non-public meeting in the Oval Office? At least nobody claims Trump said whatever he said like Lyndon Johnson, perched on the presidential throne.

Perhaps the real offense is less the word itself than its implication that certain Countries ABCD are horrible, while other Countries WXYZ are quite the opposite. And since Countries ABCD are pretty much full of black and brown people, and Countries WXYZ are by and large the abodes of white and yellow people, he’s a racist for noticing the difference. Hence, the media and Trump’s critics’ manic repetition of the R-word word, as though it were a sort of magical charm that at some point will cause him to crumble into dust.

There are over seven and a half billion people inhabiting this orb of woe. Probably somewhere in the range of 90 percent of them would dramatically improve their lives if they left where they are and moved to the United States. Aside from the clear benefit to the Democratic Party in welcoming spanking new voters, how does it profit the American nation to import hordes of poor and uneducated people to drag down wages, especially in low-paying job categories, and consume a disproportionate share of public benefits?

Keep in mind too that because a very high proportion of migrants in this category would be considered “minorities” under U.S. law, they and their offspring would immediately qualify upon arrival for affirmative action status in hiring and education. What kind of idiot country imports foreigners and then discriminates in their favor against the natives? For what purpose—to offset historical wrongs to which the newcomers were never victim?

Conversely, the President’s defenders suggest that what’s really needed is to switch from a country-of-origin basis for our immigration system to a merit-based system. Let’s take only the best and the brightest, from whatever place they hail.

That’s a bad idea too. First off—let’s show a little altruism here—it would make the plight of the “sweet hole” countries worse. I am not generally a fan of Pope Francis with respect to his views on migration, but he has a point when he says, like Pope John Paul II before him, that a “brain drain” from Third World countries robs them of much of their best talent and hope for improving their own homelands.

However, to note that is not to suggest that importing them into the U.S. is such a blessing for us. Just as we don’t need a migrant underclass, neither do we need an imported overlord class taking the best jobs from American kids who have busted their humps getting through school and in many cases gone heavily into debt.

This is a particular problem in high-tech and IT, where massive companies with near-monopoly market control—and consequently almost total obsequy from the bipartisan political class—demand the importation of ever more foreign talent, particular in STEM fields. This is despite serious uncertainty as to whether there are enough jobs even for Americans trained in those fields.

A special area of concern is pushback against the Trump Administration’s modest effort to trim the much-abused H-1B program for supposedly “temporary” workers. Not only would reform transgress the left’s multiculturalism and plutocratic corporations’ demand for cheap, docile indentured labor, it’s being opposed by foreign governments, notably of India (which Trump is cultivating under a misguided “Indo-Pacific” strategic concept, as analyzed by Srdja Trifkovic).

Immigration has become the object of a kind of reverse-nativism, according to which America needs a vital “transfusion of fresh blood” from lots and lots of bright, energetic foreigners. You see, American-born people are just too lazy and stupid to succeed on their own and deserve to be replaced. If you or your brat loses out to an “insourced” immigrant or H-1B via-holder, maybe one who can trump you on an affirmative action preference, too bad for you.

Here’s a suggestion. Let’s nix both immigrant underclass and overclass and have a long (if not permanent) immigration timeout like we had from the end of the first Great Wave of immigration in the mid-1920s until the current wave was set off by the 1965 immigration act. For four decades, those who entered in that previous wave (such as all of this writer’s grandparents) and their progeny had time to assimilate and become Americans. Unless and until those who arrived in the past few decades have likewise assimilated to the extent possible—and the millions now here illegally have been repatriated—entry should be cut down to the absolute minimum. That should be not much more than spousal visas, and those should be strictly scrutinized for fraud.

It remains to be seen whether Trump’s language, whatever it was, will translate into good policy. In the wake of Sweethole-Gate, he’s in a strong position. Republicans can move a clean federal government funding bill and dare the Democrats to block it because it doesn’t save the “Dreamers.” But never underestimate the potential for panic among Congressional Republicans and their ability to throw away a winning hand.

Meanwhile, there’s a news report from Florida about the discovery of the carcasses of about 20 stolen horses that appear to have been killed in Santeria or other “black magic” rituals, stripped of their meat, and then dumped.

Police suspect it may be the work of Norwegians.