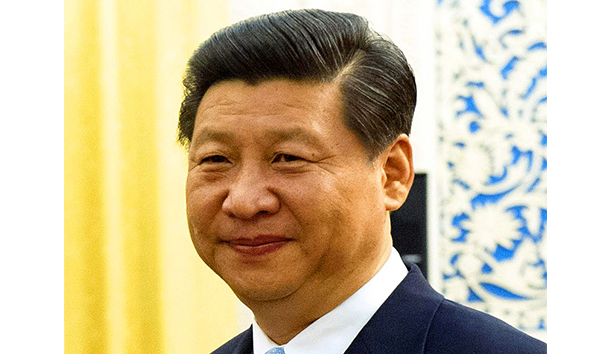 In the course of this year President Donald Trump will improve America’s relations with Russia. He will also start purging the irredeemably politicized U.S. intelligence apparatus. The hysteria of recent weeks will be seen—a year from now—as a bizarre footnote to a failed presidency.

The “dossier” concocted by a British dirty tricks purveyor hired to smear Trump (the only provable instance of foreign meddling in the 2016 election), didn’t even pass the giggle test; the agencies’ joint statement on “Russian malicious cyber-activity” was equally pathetic. As an eloquent British old-leftist has noted, the lies about Russia have made the world’s most self-important journalists laughing stocks: “In the country with constitutionally the freest press in the world, free journalism now exists only in its honorable exceptions.”

John McCain and Lindsey Graham may go on with their dog and pony show, the MSM will go on producing fact-free reportage, but it will not matter. As his Monday interview with The Times of London indicates, Trump remains strongly committed to détente with Russia, and open to the “obsolete” North Atlantic Alliance’s long-overdue downgrading. Washington and Moscow will develop a new modus operandi, based on a realist strategic paradigm and transactional approach to deal-making. That will be a breath of fresh air, a plus-sum game for America, Russia, and the world. The prospect of uncontrollable escalations leading to mushroom clouds—so likely had Hillary Clinton been elected—has been averted. That is a meta-historical feat. Trump is no subtle intellectual, thank God, which enables him to grasp that Russia—Putin’s Russia, which has not been post-modernized to the liking of the bicoastal anti-America—is a natural ally of the church-going, pickup truck-driving, Bud-drinking flyover America.

Unlike his predecessor, Trump also understand that Islamic extremism is an existential threat to our civilization, and that immigration—especially Muslim immigration—must be controlled and radically reduced. Also on Monday, he told the Bild that Angela Merkel had made made a “catastrophic mistake” by taking in hundreds of thousands of migrants. His immigration realism drives Western self-haters insane, but he will not open America’s floodgates to the swarms of unvettable Middle Eastern “refugees.” He knows that there are already more than enough Somalis in the Twin Cities, Iraqis in Dearborn, and Pakistanis everywhere. The author of The Art of the Deal is also (somewhat surprisingly) an instinctive defender of the Western civilization.

The trouble with Trump’s foreign policy agenda is further east. On a number of issues—one essential (China), two secondary (Israel, Iran)—he and his team seem to take inflexible positions, ideological in nature, and at odds with his “America First” paradigm.

China is emerging as a major global power, and—depending on the definitions of interests—a first-class potential rival of the United States in the 21st century. The challenge is manageable because it is not inherently insoluble, like Rome vs. Carthage or Hitler vs. Russia. China is expanding and will continue to expand into the Asian Mediterranean (the South China Sea) not because of an evil ploy concocted by the aggressive Politbureau Presidium in Beijing, but because it is the natural thing to do. The theme of militarized man-made islands is not an existential issue—not even for the minor local powers potentially affected, as the Philippines’ President Duterte has been declaring for months. China’s expanding influence over the region is normal in geopolitical terms, regardless of the PRC regime’s party-political credentials. It presents no threat whatsoever to the security of the United States. In a multipolar world it should be watched, analyzed, but not viscerally countered. This is exactly what Trump’s newly appointed Secretary of State has done, however, in his confirmation hearings.

It is undeniably in America’s interest to correct the trade imbalance with the resurgent Middle Kingdom; but it would be foolish to start a trade war—e.g. by imposing 35-45 percent import tariffs on Chinese goods entering the U.S. The decision makers in Beijing will seek to prevent that by making conciliatory gestures. In view of Trump’s bellicose rhetoric (yes, that overblown Taiwan phone call), Beijing will be careful to avoid competitive devaluations. China’s gradual transition to a market-determined exchange rate for the is both possible and desirable. Its macroeconomic indices already point to growth in domestic consumption over exports, and the expansion of its service sector vis-à-vis manufacturing.

To summarize: a host of trade and currency issues America has with China are not ideological. They can be discussed in a transactional manner, never mind that the interlocutors across the table still call themselves “communists.” The points of contention would be exactly the same even if they were Chiang Kai Shek’s Kuomintang heirs. China’s projection of power into its maritime near-abroad is limited in scope, and should be treated as geopolitically acceptable to the U.S. President Xi Jinping’s team is focused on domestic stability, not on external expansion, but it will not take existential challenges lightly (Taiwan/One China).

Once installed, Donald Trump would be well advised  to balance the ends and means of his China policy. There is a tangible benefit, in opening trade negotiations, to use the threat of a punitive tariff. There is none in claiming that the South China Sea is of vital interest to the United States. It is not.