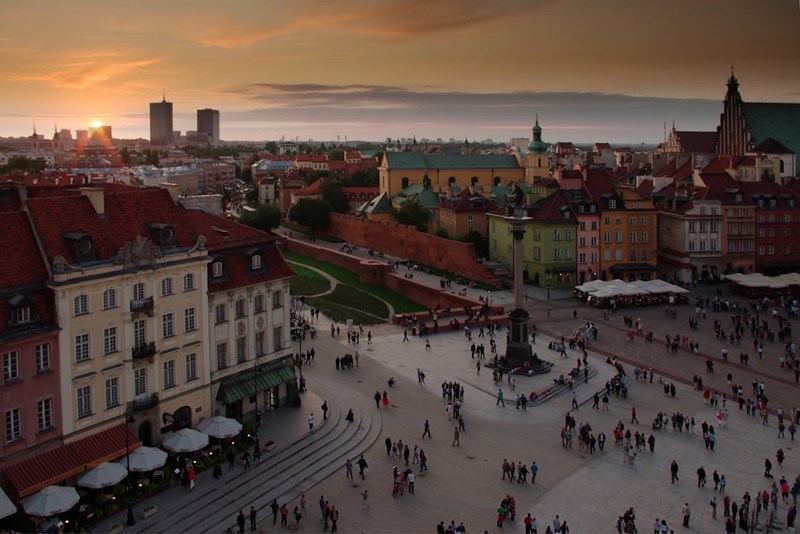 On December 20 the European Commission (EC) took the unprecedented step of activating Article 7.1 of the Lisbon Treaty against Poland. The EC accuses the Law and Justice (PiS) government in Warsaw of “putting fundamental democratic rights at risk” by enacting 13 laws to reform the country’s judiciary which make it easier to replace the nation’s top judges. Brussels claims that those laws would enable the government to pack the entire justice system structure, and especially the key Constitutional Tribunal, with political appointees.

Clause 7.1 allows the EU to punish member states which fail to uphold “human dignity, freedom, democracy, equality, the rule of law, and respect for human rights.” This does not mean that the “nuclear option” will be duly applied and Poland’s voting rights within the EU automatically suspended, but the procedure may be initiated if in the next three months the government in Warsaw does not act to reverse its alleged “serious and persistent” violations of EU values.

Even then such outcome is not preordained. The decision on sanctions has to be unanimous, and Hungary (which has its own problems with Brussels) has already promised to veto it. Eight weeks ago, Hungary’s prime minister Viktor Orbán – who supports the creation of a “migrant-free zone” in Central Europe – rejected changes to the EU asylum system which would force all 28 member states to accept “asylum seekers” against the will of their people. In addition, Orbán is the EU’s bête noire because of his determined steps to close George Soros’s various outfits in Hungary, including his university in Budapest.

Poland’s prime minister Mateusz Morawiecki—who took over from Beata Szydlo on December 11—is adamant that the program of judiciary reforms will go ahead as planned, and that it is wholly within Poland’s sovereign rights to see it completed. Standing up to the EC is popular in Poland, which like its other three Visegrad Group partners (Hungary, the Czech Republic and Slovakia) resists demands from Brussels to accept mandatory migrant quotas for resettlement.

It is ironic that the Brussels Apparat should take Poland to task for “violating democratic norms.” The EU is a deeply undemocratic behemoth, with enormous power vested in its unelected and unaccountable bureaucracy. Its key institutions—the Commission, the Parliament, the Council and the Court of Justice—are controlled by the supporters of an ever tighter union. The EC—the most powerful body of the lot—is composed of 28 unelected commissioners. The Parliament has no power to propose laws, only to suggest amendments to laws proposed by the Commission. Such amendments then need to be accepted by the EC before they can become effective.

The Council of the EU, where each member-country is represented at summits by its head of state or government, functions as just “the Council” most of the time. Its decisions are made by qualified majority voting, making the Franco-German axis dominant by default. Its directives and conclusions, once issued, become mandatory in all 28 member-countries: national laws have to be in compliance with the Council’s decisions. And finally, as for the Court of Justice, which is supposed to interpret EU laws to ensure their compliance with the EU treaties, it does not do this. Quite the contrary, “it happily ignores the treaties when it wants to if the EU is pushing its own federalist agenda . . . [It is] wilfully ignoring the rule of law, as it did with the bailouts . . . The treaties clearly stated bailouts were illegal, but as the bailouts helped to prop up the failing Eurozone project, the EU court allowed them anyway.”

The root cause of Warsaw’s problems with the EU establishment is not in the reform of the judicial system. It is in the fact that Poland is still a patriotic Christian country, and the Brussels elite actively promotes an anti-Christian, anti-European agenda. To its members it is unacceptable and repugnant that, last October, more than a million Poles lined the country’s 2000-mile-long borders with lit candles to pray for the salvation of their country.

That day, as I pointed out in this month’s magazine column, was the Roman Catholic Feast of the Holy Rosary, established by Pope Pius V in 1571 as “Our Lady of Victory” after the Holy League triumphed over the Muslim fleet at the Battle of Lepanto. And in the current dispute between Warsaw and Brussels, wszyscy jestesmy Polakami!