A Tale of Two Referendums 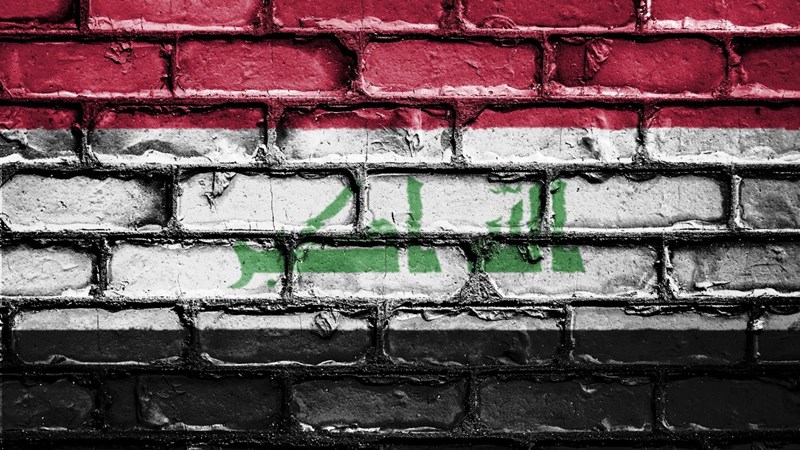 Over the past nine days two important referendums on independence were held, in Iraqi Kurdistan (September 25) and in Catalonia (October 1). Both were met with overwhelming disapproval of the outside world. In both cases the local authorities—in Erbil and Barcelona respectively—had a short-term political agenda other than the stated grand objective. That is where the similarities end.

There are 30 to 35 million Kurds inhabiting a landlocked area in the Middle East, mostly in the northwestern Zagros and the eastern Taurus mountain ranges. They are often described as “the largest stateless ethnic group in the region,” but the designation is flawed. By any standard criteria they are indubitably a nation, sharing common descent, history, culture, language and identity, and inhabiting a substantial homogenous territory as a majority.

At the end of the Great War, in the Treaty of Sèvres (August 1920), the Allies envisaged the creation of a truncated Kurdistan—mostly in today’s eastern and southeastern Turkey—but the plan was never implemented due to the reconquest of the area by Kemal Atatürk’s forces. In the renegotiated Treaty of Lausanne (July 1923) the Kurds were left without any form of self-government anywhere. Kurdish-inhabited areas were divided between the newly created Turkish Republic, Persia (whose borders remained unchanged), and the British and French mandates of Iraq and Syria which were established in accordance with the 1916 Sykes–Picot Agreement.

Over the ensuing eight decades, the Kurds lived in each of those countries as minorities deprived of standard minority rights (linguistic and cultural, education, media). Turkey’s state ideology denied their very identity: for most of that period they were designated “Mountain Turks” and subjected to systematic forced assimilation campaign (“Turkification”) by the Kemalist state. Their intermittent armed resistance in Turkey and in Saddam’s Iraq was suppressed with the brutality customary to the region.

Everything changed with the First Gulf War in 1991, when the U.S. established the Iraqi no-fly zone which enabled the Kurds to force the withdrawal of government forces and establish a de facto autonomous proto-state. A year later the region’s leading political parties, the Kurdistan Democratic Party and the Patriotic Union of Kurdistan, created the Kurdistan Regional Government. After the regime change in Baghdad in 2003, the KRG’s autonomy was recognized under the 2005 Iraqi constitution, but the Kurds and the Shiite Arab-dominated government in Baghdad have been at loggerheads over its territorial reach and legal meaning ever since. The KRG’s position was greatly strengthened after its Peshmerga units moved into disputed areas from which government forces had withdrawn in disarray following the IS offensive on Mosul.

In recent years, wider conflicts in the region have given renewed impetus to Kurdish aspirations. In northern Syria, in the summer of 2014 the Popular Protection Units (YPG)—the military arm of the Syrian Kurdish Democratic Unity Party (PYD)—repelled an Islamic State (IS) offensive and created a de facto autonomous area of its own. The YPG units are currently the key component of the U.S.-led Kurdish-Arab coalition known as the Syrian Democratic Forces, which is successfully fighting the IS at Raqqa and elsewhere.

It would be futile to discuss in detail whether the Iraqi government’s increasingly sectarian character, or its unwillingness to negotiate in good faith on the KRG constitutional status and territorial scope, has justified Masoud Barzani’s decision to hold a referendum on paving the way to an independent state. When it comes to the birth of new states, invariably it is the facts on the ground that create faits accomplis which are subsequently given legal imprimatur by other parties. That is what happened with the United States (1775-83), Serbia (1804-17), Greece (1821-30), Bolivar’s Latin America, Ireland (1919-21), etc.

The Kurdish nation wants a state of its own, and in northern Iraq it finally has the wherewithal to build its foundation: 72% of the eligible KRG electorate voted on September 25, and 93% voted “yes.” That nation’s right to statehood may be academically debatable, but prima facie it is at least as valid as that of the Jews in Palestine in 1947. Of course this is vehemently denied by Turkey, Iran, Iraq and Syria—a rare point of agreement among the four—and disputed in the name of geopolitical stability by the outside powers; but the genie is out of the bottle.

It is noteworthy but of secondary importance that none of those four regimes are “democratic,” “pluralist” or “inclusive” in any meaningful sense, or that there is nothing sacrosanct about any of the borders thus potentially affected. A realist assessment suggests that, a decade or two from now, there will be a sovereign Kurdish state covering some area of the putative Kurdistan. Its emergence may entail wars and bloodshed, but that is how new states are born. The rest of the world will come to terms with this reality. A new state’s existence is not dependent on its de jure recognition, just as its prevalent recognition does not necessarily imply its sovereign existence (e.g. “Palestine”). The key issue is not how a state comes into being, but whether it does.

In Catalonia the facts of the case are vastly different. First of all, impartial polls show that a majority of Catalans oppose independence; most recently the ratio was 49.4% to 41.1%. The Catalan government’s own polls suggest that 70 percent support a referendum on the region’s future, yet under a half want it even if the Spanish government does not agree to its terms. The separatists have succeeded in conjuring an image of popular will in favor of independence, but last Sunday’s chaotic scenes in the streets of Barcelona and elsewhere in the region conceal the fact that only a declining minority supports secession. The regional government’s claim that over 90% voted “yes” is both meaningless and misleading. There was no “referendum,” there was a shambolic attempt to stage something resembling one, with no clear rules and no qualifying majority. When a similar referendum was held under much calmer circumstances in November 2014, 80 percent voted “yes”—but the turnout, a mere 37 percent, clearly indicated that it had been boycotted by the unionist majority.

A month ago pro-independence parties, which narrowly obtained a majority in the 2015 regional election, rushed through the regional assembly two important laws. One ordered the referendum to be held, while the other mandated unilateral declaration of independence if the “yes” vote wins, irrespective of turnout. Unsurprisingly, Spain’s constitutional court has declared both laws illegal and the government of Mariano Rajoy has used all means at its disposal to prevent their application.

Ada Colau, the moderate-nationalist mayor of Barcelona, has been critical of what she saw as the Madrid government’s heavy-handed measures to prevent the referendum. At the same time she has accused the regional government of Carles Puigdemont of “ignoring half the Catalan population”. The leading Barcelona daily La Vanguardia has warned that “an assault on the constitution is not the way forward, even though it appeals to hundreds of thousands of people . . . Half of Catalonia doesn’t support the separatist cause.” Indeed, the Catalan regional government cannot claim either legality or legitimacy for the results, with fewer than 50% of eligible voters taking part even on its own dubious reckoning.

In going ahead with this exercise Puigdemont’s government has violated Spain’s democratic constitution of 1978, which was approved by more than nine-tenths of Catalan voters. It provided extensive autonomy to the region of Catalonia, the country’s richest region, but it also affirmed Spain’s “indissoluble unity.” That unity has long roots in history: Catalonia has been an integral part of Spain for half a millennium, and a province of the Kingdom of Aragón before that. The fact that it still retains its distinct language and culture is a testimony to Spain’s quintessential respect for regional diversity.

Lat Sunday’s mayhem will not change the fact that most Catalans do not sense any contradiction between their national identity and their Spanish citizenship. They now know, and many will quietly welcome the fact, that Spain is a civilized country in which the rule of law still trumps the demagoguery of a zealous minority.