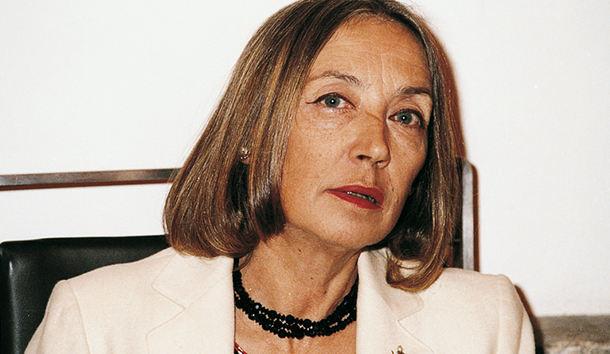 On December 9, Geert Wilders was found guilty by a Dutch court of “incitement to anti-minority discrimination.” His crime was asking a crowd in The Hague in 2014, “Do you want more or fewer Moroccans in this city and in the Netherlands?” “Fewer, fewer!” came the reply, to which he responded: “I’ll take care of that!” That was enough to get Wilders arrested and put on trial nine months ago, and convicted last Friday.

Wilders called the verdict “madness” and promised to fight back, but other Europeans accused of deviant thoughts are not as sanguine. In late 2015, Christoph Biro, editor-in-chief of Austria’s top-circulation daily, the Kronen Zeitung, was charged with “hate speech” for writing that “young men, testosterone-fueled Syrians, carry out extremely aggressive sexual attacks.” Only weeks later, the New Year’s Eve orgy of rape and sexual assaults by Muslim immigrants in Germany and elsewhere in Europe provided ample empirical evidence of Biro’s assertions. He nevertheless had to take a month-long leave of absence, and was subsequently pressurized into confessing, Moscow-1936-style, that he had “lost a sense of proportion.” That will not save him from standing trial in Graz next year.

The writing on Europe’s wall was clear a decade ago, when the late Oriana Fallaci—for decades Italy’s best-known journalist—was indicted in the Italian city of Bergamo for “hate crimes” and “defaming Islam.” Fallaci, a self-described “Christian atheist” and a leftist, in the aftermath of 9/11 had become an outspoken foe of Europe’s Islamization. Her 2002 book The Rage and the Pride caused a sensation. It is not just the Western culture and way of life that the jihadist hates, she wrote. Blinded as they are by cultural myopia, the Westerners should understand that a war of religion was in progress, a war that the enemy calls Jihad, which seeks the disappearance of our freedom and our civilization. It wants to annihilate, she wrote,

Fallaci spoke plainly when it came to the comparison of “what we have with their culture, their art and their science, not to mention their morals, values, and pleasures.” She dismissed the cultural relativists as weaklings, cowards or simple masochists, and refused to consider the two civilizations “as though they were two parallel realities of equal weight and equal measure.” But Europe would succumb, she feared, because of the successful Muslim demographic onslaught on the Old World. This was a key theme of the best-selling sequel to which was published in 2005, The Force of Reason. It made Fallaci the subject of additional “hate-crime” lawsuits. In her final months, deluged by lawsuits, gripped by deep pessimism, she lamented the decline of Europe which had already become already Eurabia, “a colony of Islam, where the Islamic invasion does not proceed only in a physical sense, but also in a mental and cultural sense.”

A decade later, the evidence that Fallaci’s grim forecast was correct is everywhere we look. In France in 2013, Ivan Rioufol, a respected author and Le Figaro’s columnist for 30 years, faced criminal charges for insulting Islam. Renaud Camus, one of France’s most prominent writers, was charged with “incitement to racial hatred” in 2014, found guilty, and ordered to pay a 4000-euro fine for warning of the danger of the “Great Replacement,” the colonization of France by Muslim immigrants from the Middle East and North Africa, which threatens to “mutate” the country and its culture permanently. In Germany, Lutz Bachmann, the founder of the Pegida anti-Islamization movement, is currently on trial. So is Marine Le Pen of the National Front in France. The list goes on.

The good news is that Wilders is the most popular politician in Holland. His Party of Freedom is way ahead of the establishment “center-Left” and “center-Right” parties, which are literally indistinguishable from each other on the subject of self-annihilation. Terror breeds resistance, but the challenge for ordinary people is significant. For as long as Holland, France, Germany and other European countries retain their Islamophile, Jihad-friendly laws on the statute books, the threat of prosecution hangs above everyone’s head. That is enough to make ordinary people think twice about expressing their views. The spell of fear must be broken, just as it was in Poland in 1981 and elsewhere all over the Eastern Bloc soon thereafter. Wilders’ forthcoming appeal will contribute to the equivalent process in today’s Europe. It is the kind of battle that requires courage, money, and media attention. I cannot think of a better man to wage it.