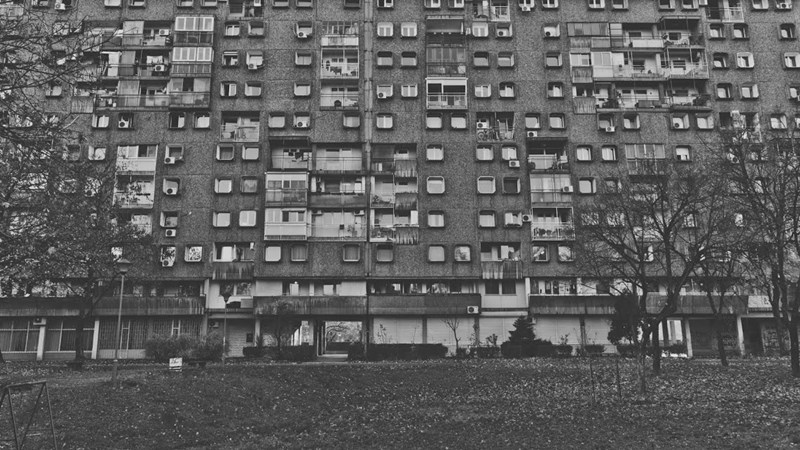 Exactly ninety-nine years ago—on December 1, 1918—the Kingdom of Serbs, Croats and Slovenes came into being. A decade later its name was changed to Yugoslavia. A generation ago the country disintegrated in blood and acrimony.

The unification of Serbs, Croats and Slovenes came several decades too late. Had it happened during the era of Germany’s and Italy’s unification, it might have proved more enduring. Half a century after the Congress of Berlin, the process of separate cultural and political development and formation of separate and even competing “Yugoslav” national identities, had gone too far to be recalled. The fusion, based on the myth of ethnic kinship which was supposedly only masked by religious and political diversity, would not happen because local enthusiasts wanted it to happen. The supra-national, cultural Yugoslav model, founded on the ideas of the Enlightenment and mixed afterwards with the experiences of a romantic era, was itself a myth based on blood kinship, anachronistic and obsolete by the time it was applied. The Yugoslav idea was imagined as a 20th century rendering of the 19th century concept constructed on the basis of Europe’s tripartite ethno-linguistic division as devised by the romantic mindset of 1848. The new Kingdom remained a political idea, an imagined community par excellence, rather than a viable and practical political project.

Serbia’s considerable national dynamism in the early 20th century was chiefly directed at liberating Serbs from foreign rule, and resulted in a doubling of the Kingdom’s territory in 1912-13. The wider South Slav issue, in so far as it figured at all among common people, was perceived as an extension of that task. They had no idea what their leaders were planning—and they were not going to be asked. Further millions of South Slavs in Austria-Hungary did not know that a “Yugoslav Committee” existed, let alone that it presumed to negotiate settlements on their behalf. The Corfu Declaration of 1917, agreed between the government of Serbia and the Yugoslav Committee, proposed the creation of a “constitutional, democratic, and parliamentary monarchy headed by the house of Karadjordjevic,” to be called the Kingdom of the Serbs, Croats and Slovenes.
.
As the Monarchy crumbled in the autumn of 1918, the ruling Croat-Serb Coalition was the driving force behind the founding in Zagreb of the National Council of Croats, Slovenes and Serbs, an ad hoc body that proclaimed the “joint people’s sovereign State of Slovenes, Croats and Serbs” in the South Slav lands of the Monarchy as the first step toward their eventual union with Serbia and Montenegro. The vote in the Sabor to sever all links with Hungary and Austria on October 29, 1918, came amidst a mix of panic and euphoria. A plea for the preservation of Croatia’s state rights was hardly to be heard.

When external military and political developments presented the unification of South Slavs as an immediate and necessary prospect, the decision-makers in Croatia could claim but a limited mandate for the fateful steps they were taking. The political enfranchisement of Croatia’s peasantry took place only after 1918, in the Yugoslav state. That state might have had a happier start if the unification had not been rushed, but at the time of confusion in the fall of 1918 Croatia’s political leaders could see no alternative to an urgent union with Serbia on the basis of the Corfu Declaration. They acted under intense pressure from a combination of events and forces over which they had no control.

In the Zagreb Diet one significant dissenting voice was that of Stjepan Radic, the Croatian People’s Peasant Party leader. He warned the 28 delegates, as they were departing for Belgrade, that they had no mandate for what they were about to do: “You are roaming like geese in the fog!” Radic’s quip became famous, but at the time he was isolated and rebuked by other Council members. Their main concern was to get the Serbian army in, to keep the Italians out, and to keep the Reds down. The delegates left for Belgrade and on December 1, 1918, presented Regent Alexander Karadjordjevic with an Address informing him of the National Council’s decision in favor of the unconditional union. The Regent accepted the offer and proclaimed the establishment of the Kingdom of the Serbs, Croats and Slovenes.

From the moment of its creation until its disintegration Yugoslavia was beset by national problems. They were dealt with in different ways and with different intentions, from the triune centralism to the doomed attempt of Tito’s successors to keep the edifice together amidst the collapse of communism and the emergence of the short-lived unipolar world order following the end of the Cold War. Structural deficiencies of each Yugoslavia, as a state and as a polity, were fundamental and precluded the emergence of a viable political system. This was the root cause of its speedy, inglorious collapse in 1941 and of its final, violent disintegration in 1991. The issue of Serb-Croat relations was at the core of the problem. Those relations, already made delicate by the legacy of the Military Border, were poisoned by the creation of a common state based on the fiction of ethnic unity derived from linguistic similarity. They would have remained ambivalent but tractable had the two nations not been forced under the same roof. It is unlikely that they could have been any worse than they have been over the past century.

Challenges of nation building, of defining and defending recognized borders, of establishing a single currency, of regulating economic, educational and judicial systems, and above all of solving issues of multi-ethnicity, were immense. They were temporarily concealed behind the fiction of one nation with three names, which increasing numbers of Croats saw as a misnomer for Serbian hegemony. The political class in Belgrade lacked tact and imagination, and a budding new generation of Serbian leaders—more enlightened, better equipped to deal with the challenges and complexities of the new state—was decimated on the battlefields of the Great War. The legacy of different cultural, political and religious traditions was underestimated. This legacy could not be overcome by a centralist constitution and unitarist slogans.

Belgrade was inclined to view the new state as a continuation of pre-1914 Serbia. It advocated centralism on the premise of national, that is, “Yugoslav” unity. The Croats, in turn, knew historical rights and legal agreements, contracts, Pacta, Ausgleichen . . . devices based on a long tradition of seeking greater self-rule in opposition to the centralist concept. The Croat advocates of Yugoslav integralism were revealed, after 1918, to be devoid of a strong popular base, except to some extent in Dalmatia which was threatened by Italian irredentism. To common people of different origins the slogans of “Yugoslav” national unity did not make much sense. Many Serbs accepted them half-heartedly and parroted them dutifully; most Croats not at all . . .

Previous PostThe Seedbed of RenewalNext PostTo See and to Speak