No Trojan Horses Inside the Tower 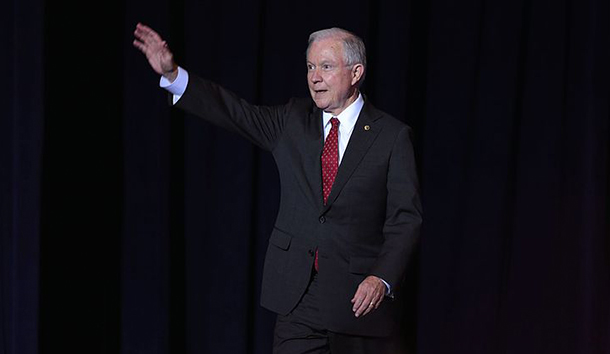 Contrary to the MSM pack’s pitch of the week, there is no “disarray” inside Donald Trump’s transition team, no “Stalinesque” purges, and most certainly no successful insinuation of “adults” (Deep State operatives) into the list of early major appointees. They are all excellent.

Alabama Sen. Jeff Sessions as Trump’s attorney general, Kansas Rep. Mike Pompeo as his chief of the CIA, and retired Lt. Gen. Mike Flynn as the national security adviser will be loyal team players who share the incoming President’s vision of America’s future in general, and her true geostrategic interests in particular. The discredited MSM’s hysterics notwithstanding, the former two will be duly confirmed by the GOP controlled Senate. (Flynn needs no confirmation.)

Sessions (69)—the first Senator to support Trump last February—said he was honored to “enthusiastically embrace President-elect Trump’s vision for ‘one America,’ and his commitment to equal justice under law.” To Sessions this will mean no amnesty, no “dreamers,” no “sanctuaries,” and no exceptions. He knows that illegal aliens have no constitutional rights, and he will act upon that knowledge. After that Jihadist’s gay club slaughter in Orlando last June he pointed out—en passant—that more than 90% of recent Muslim immigrants are on food stamps and almost 70% on cash welfare. A good man. He has “sparked controversy” indeed, but only within the devastated ruins of the Duopoly. He will breezily sail through the nomination process (and forget his alleged “racist remarks”): Even Ted Cruz (a rumored rival for the post) called his nomination “great news for all of us who revere the Constitution and the rule of law.”

Mike Pompeo, top-of-the-class West Point valedictorian and a Harvard Law School graduate, was a beneficiary of the Tea Party 2010 midterm blitz. He is skeptical of the Iran nuclear deal (a minor flaw) who knows the score on the September 2011 Benghazi affair (a major insight into the Deep State’s self-defeating shenanigans). Pompeo will not fine-tune intelligence analysis to conform with the Beltway “foreign policy community” imperial consensus. He will let the pros do their job: Had they been able to do so in 2002-2003, there would have been no Iraq disaster. He is, of course, another “troubling” and “controversial” choice as far as the losers are concerned, but that does not matter any longer. He will be confirmed.

Michael Flynn is the best possible choice to replace the obtuse, Islamophile “innocent abroad” Susan Rice. He knows that Russia is not an existential threat, but a necessary ally in the coming global fight against the common foe. He knows that there are no user-friendly Jihadists. He knows that there are no “moderate” Syrian rebels. He knows that the art of strategy demands balancing ends and means. He does not subscribe to the Deep State’s mantras of benevolent global hegemony, exceptionalism, escalation-prone “engagement” and all that. He is a soldier’s soldier who has served his country with distinction and integrity, not a political general in the mould of Wesley Clark or David Petraeus.

The Pentagon and State are still pending. On this form, the Donald will do right.