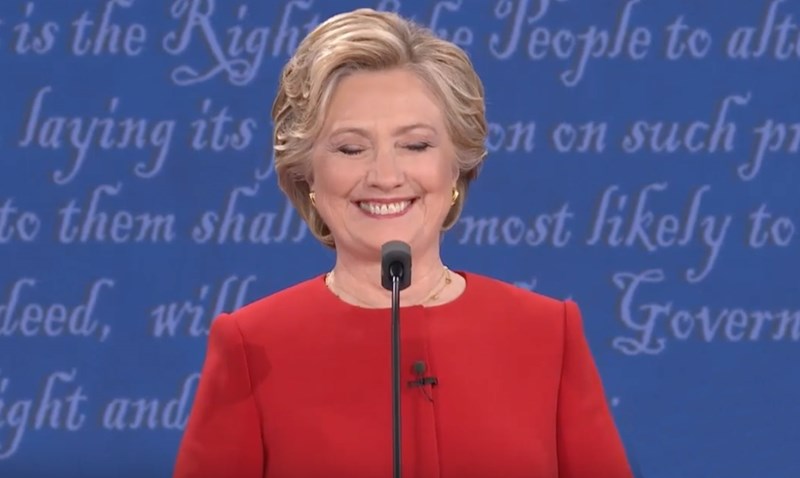 The debate was not a hands-down victory for Hillary Clinton, as the media pack predictably claims, but on Monday night Donald Trump missed a great opportunity to damage her credibility and question her record. For that reason she has grounds to feel pleased with the outcome.

Clinton was the first to mention Wall Street, but Trump did not respond by stressing her close links with Goldman Sachs et. al, which is one of her many vulnerabilities. Just as inexplicably, he did not mention the Clinton Foundation once. Worse still, he failed to bring up the issue of deleted emails and private server when Holt asked a question on cybersecurity, and bizarrely talked about leaked DNC emails concerning Bernie Sanders instead.

Trump mentioned the “vacuum” in the Middle East created by Obama’s and Clinton’s policies. At that moment I expected him to follow up by raising the issue of Benghazi—which would have been an obvious and effective line of attack—but he talked about ISIS oil revenues instead, which was far less consequential point.  He was strangely silent on Clinton’s immigration policy which still includes bringing in tens of thousands of Syrian refugees, even after a string of terrorist attacks by Muslim immigrants. He did not remind the audience of Clinton’s “basket of deplorables” blunder, not even when she boasted that she and President Obama had decided not to “go low” when attacking him.

In addition, on several occasions Trump fell into the trap of responding to Clinton’s attacks (peripheral points included, such as allegedly unpaid subcontractors), instead of sticking to his own themes. Some of those responses were weak; on the “birther” issue and racial healing he started by repeating “I say nothing” three times, which made me cringe; ditto when he said that not paying taxes makes him smart. He did not control the narrative and, especially toward the end, appeared irritated and rattled.

On Tuesday morning Trump criticized Holt for not asking Clinton about Benghazi, the Foundation, or the emails. His criticism is valid, but he has only himself to blame for not raising those same issues—and others—when he had ample opportunity to do so. He did not win any new converts, and he will need them in the remaining six weeks of the campaign. On balance Clinton has an advantage after the first debate. Trump may yet overcome it by being far better prepared and more focused on October 9 than he was on Monday night.

Previous PostCal Thomas Is Getting ItNext PostIs Charlotte Our Future?