Trump on Afghanistan: More of the Same 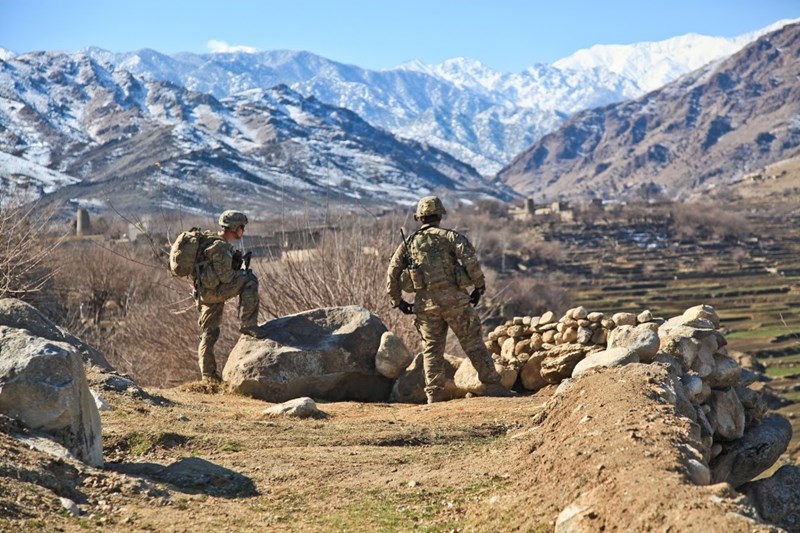 President Donald Trump’s address to the nation on Afghanistan was carefully crafted and well delivered. It did not provide a blueprint for winning the war, however, which remains his stated objective. Trump has settled for a compromise between all-out escalation, advocated by some of his generals, and the disengagement he had favored on the campaign trail. His approach, based on the doctrine of “principled realism”—seeing the world as it is, not seeking to remake it—in this case is likely to result in an open-ended continuation of the Afghan stalemate.

Trump is aware that the nation is tired of the longest war in American history: “I share the American people’s frustration. I also share their frustration over a foreign policy that has spent too much time, energy, money, and most importantly lives, trying to rebuild countries in our own image, instead of pursuing our security interests above all other considerations.” He frankly admitted that he has changed his mind: “My original instinct was to pull out—and, historically, I like following my instincts,” but “decisions are much different when you sit behind the desk in the Oval Office . . . ” His explanation for the shift sounded reasonable: we should “seek an honorable and enduring outcome worthy of the tremendous sacrifices that have been made,” while the consequences of a rapid exit “would create a vacuum that terrorists, including ISIS and al-Qaeda, would instantly fill.” He invoked Obama’s “hasty and mistaken” withdrawal from Iraq in 2011, and pledged not to repeat that error.

Trump’s outright rejection of a timetable for withdrawal was ostensibly pragmatic: “A core pillar of our new strategy is a shift from a time-based approach to one based on conditions.” It is counterproductive “to announce in advance the dates we intend to begin, or end, military options. We will not talk about numbers of troops or our plans for further military activities. Conditions on the ground—not arbitrary timetables—will guide our strategy from now on. America’s enemies must never know our plans or believe they can wait us out. I will not say when we are going to attack, but attack we will.”

The problem is that this statement of intent does not amount to “a new strategy.” It is uncannily reminiscent of George W. Bush’s 2003 pledge that “our forces will be coming home [from Iraq] as soon as their work is done,” and his promise (two years later) that the troops would depart as soon as they “complete the mission.” It is unfortunate that Trump did not spell out the “conditions” that would make disengagement possible at some future date. This is at odds with his subsequent rejection of an open-ended responsibility for the final outcome: “Our commitment is not unlimited, and our support is not a blank check. The government of Afghanistan must carry their share of the military, political, and economic burden.”

There is a gap between Trump’s boldly stated overall objective (“One way or another, these problems will be solved . . . and in the end, we will win”) and the strategy for its attainment. This is the key structural weakness of his address. Trump said that “from now on, victory will have a clear definition: attacking our enemies, obliterating ISIS, crushing al-Qaeda, preventing the Taliban from taking over the country, and stopping mass terror attacks against Americans before they emerge”—but that is not “realism,” principled or otherwise. It is a wish list, unsupported by any clearly defined means for its attainment.

If the President does send an additional contingent of four thousand U.S. troops, as now seems likely, that equivalent of one brigade combat team will not be able to change the game and secure “victory” as defined by him. At best, those troops’ deployment will only prolong the existing stalemate. It is an even bet that they will make little difference to the offensive potential of the existing U.S. contingent of 8,500 soldiers, contrary to Trump’s assurance that “attack we will” and that “our troops will fight to win.”

The best part of Trump’s address—potentially the most important segment in geostrategic terms—was his warning to the authorities in Islamabad that they cannot run with the hares and hunt with the hounds for ever. “We have been paying Pakistan billions and billions of dollars at the same time they are housing the very terrorists that we are fighting,” Trump said. “But that will have to change, and that will change immediately. No partnership can survive a country’s harboring of militants and terrorists who target U.S. service members and officials. It is time for Pakistan to demonstrate its commitment to civilization, order, and to peace.”

Quite apart from any scenario for the future of Afghanistan, this is an immensely significant declaration of intent. For many years Pakistan’s powerful Directorate for Inter-Services Intelligence (ISI) has been a key source of support, finance, and protection for various jihadist movements, from Kashmir to Kandahar and beyond. Pakistan is an irredeemably flawed entity, inherently unable to turn itself into a stable polity or a benign global presence, let alone a half-decent regional neighbor. It needs to be quarantined and its disintegration along its many ethnic-tribal lines actively encouraged.  It is the epicenter of global jihad, a breeding ground for the new echelons of “martyrs.”

Pakistan is an enormous Jihadi campus in which some ten thousand madrassas prepare over one million students for the Holy War. It can hardly be otherwise in a country founded on the pillars of Islamic orthodoxy. It is the worst violator of the ban on nuclear proliferation. For as long as the country’s Islamic character is explicitly upheld, Pakistan cannot reform itself without undermining the religious rationale for its very existence. At long last, it seems, there will be no illusions in Washington about the nature of Pakistan’s problems and about the problem Pakistan presents to the rest of the world.

The role of the ISI in supporting Islamic insurgents in  Afghanistan is well documented (see a major, decade-old RAND study that accused “individuals within Pakistan’s government” of effectively crippling American attempts to stabilize the country). The long list of Pakistan’s proven or suspected links with numerous terrorist attacks over the years—notably the 7/7 bombings in London in 2005 and the outrage in Bombay in 2008—illustrate the problem. The Taliban and many other Islamic extremist and terrorist movements all over the world were born out of ideas conceived in the battlefields of Afghanistan and subsequently matured and spread from Pakistan’s political, military, and religious establishment. The ISI was singled out 15 years ago as a leading promoter of state-sponsored terrorism. It grew rich and mighty, thanks to the U.S. role in helping Islamic fundamentalists fight the Soviets in the 1980s.

As we have suggested in these pages some years ago, the only lasting solution to the problem of Pakistan is the disappearance of Pakistan from the political map of the world. This goal is realistic, but it cannot be achieved by overt war because of Pakistan’s nuclear arsenal. It can be achieved, however, by exploiting Pakistan’s fundamental weakness: its ethnic, regional and tribal disunity. The possibilities are enormous, and should be exploited creatively. Actively supported by the United States, India should provide “moral support” to Baluch, Sindhi, and tribal separatists – support of the kind that Islamabad has been giving to Kashmiri militants for decades. When Pakistan starts imploding, its generals will not be tempted to use the bomb any more than Soviet generals were tempted in 1990-1991. They will withdraw into their Punjabi redoubt, where they will have only their own people to terrorize and exploit until they are killed by the insurgent mob or forced into Saudi exile. Trump’s warning on Monday night should mature into realization that a Pakistan-free world would be a better and safer world. It can be done and it should be done. Ceterum censeo Pakistanem esse delendam.

Another noteworthy point was Trump’s reiteration that he would not revert to democracy-promotion in distant countries of which we know little: “We are a partner and a friend, but we will not dictate to the Afghan people how to live, or how to govern their own complex society. We are not nation-building again . . . [W]e will no longer use American military might to construct democracies in faraway lands, or try to rebuild other countries in our own image. Those days are now over.” Let us hope so; but the Deep State may yet beg to differ.

Sooner or later, Afghanistan should be allowed to revert to its usual state of Hobbesian pre-modernity. The war there is unwinnable. The lessons, not only of the Soviet intervention which started on Christmas Day 1979, but also of the British intervention known as the First Afghan War (1839-1842), should be Trump’s guide for the future. Scottish poet Thomas Campbell left that forgotten war’s fitting epitaph:

Few, few shall part, where many meet!

The snow shall be their winding sheet,

And every turf beneath their feet

Shall be a soldier’s sepulchre.

The Second Afghan War, a generation later, is remembered, if at all, through Kipling’s grim verses:

When you’re wounded and left,

And the women come out,

To cut up your remains,

Just roll on your rifle,

And blow out your brains,

And go to your Gawd,

Previous PostRod Dreher and the Politics of BetrayalNext PostAfter Lee: Charlottesville and Beyond