Trump Pulls It Off 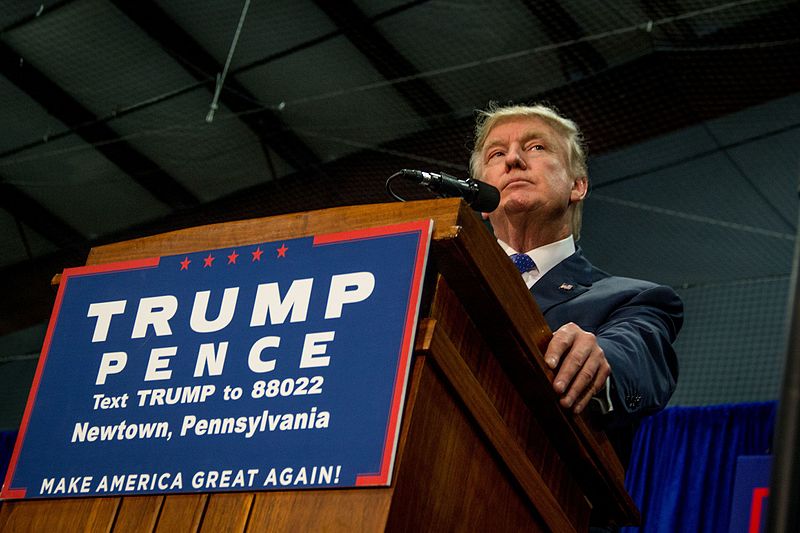 He did it. Billionaire reality TV star Donald Trump has pulled off the most stunning upset in U.S. political history. Some of us did not buy the false narrative the media was feeding the public—and understand that the fight is just beginning after Trump’s election as the 45th president, but all of us who have supported Trump, sometimes reluctantly, should take a moment to process what he has done.

Trump defied the odds, defeating 16 competitors for the Republican nomination. He defeated Hillary Clinton, but he also took on and defeated the entire globalist establishment, destroyed both the Bush and Clinton dynasties, revised the electoral map, re-branded the GOP, defied and confounded the conventional wisdom on how to run a campaign (discrediting the mass of political hacks, hucksters and duplicitous journalists collectively called “the experts”), defied political correctness, weathered a tidal wave of ferocious attacks, and campaigned virtually non-stop at a pace that would have exhausted most men half his age.

Trump’s victory will likely energize anti-globalist, patriotic forces in Europe, building on the Brexit victory and perhaps giving the West at least a hope of saving itself from being drowned once and for all under a demographic tidal wave of immigration unleashed by the Davos cabal.

There will be time in the days ahead for a sober assessment of the struggle that will follow, but for the moment, we can enjoy watching the establishment squirm while the usual suspects throw a hissy fit.

We should thank Pat Buchanan for blazing the trail that Trump followed. His patriotic, America First approach has been vindicated. Sam Francis’s “Middle American Revolution,” foretold by Dr. Francis two decades ago, has come to pass. Ann Coulter channeled our friend Peter Brimelow on immigration and Trump took notice, riding to victory on a platform of patriotic immigration reform. Trump effectively adopted Steve Sailer’s maximize-the-white-vote “Sailer strategy.” All of them deserve our gratitude for helping to make Trump’s win possible.

Finally, we should give Donald Trump the credit he deserves.

Many of us have pointed out his flaws, his shortcomings, his messy personal life, and his personal foibles, and have spent maybe too much time justifying our support for his campaign. We supported the anti-globalist forces he represented rather than the man himself. Yet it seems doubtful that what he has accomplished so far could have been pulled off by anyone else.

Trump stood his ground and in doing so has fought the good fight for the forgotten Americans of the working class. Whatever else comes or does not come of his winning the presidency, Trump, in fighting that good fight, has been nothing short of heroic.