This will mark an historic turning point.

The tension in Turkey has been intense. Not any more. Erdogan will now “cleanse the military,” as he put it. In other words, he will make sure that the military is never again able to defend what it considers to be its prime mandate: the secular democratic constitutional principles laid down by Kemal Mustafa Ataturk, the founder of modern Turkey who so strongly desired to integrate the country into the West. And Christians in Turkey now have a bullseye on their back. 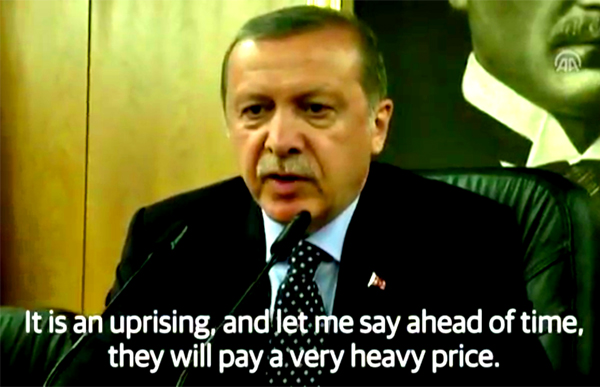 Next, watch for a campaign against the Kurds that will reach the heights of the Armenian Genocide.

Erdogan will now take the country back into the Islamic world. He has already been supporting ISIS—without his support, and that of Obama, ISIS would have been exterminated long ago.

Future historians will look back at this coup attempt as a turning point in the history of the West. Turkey has longed for entry into the European Union. So far it has been refused, but the European Union is weaker, and Erdogan’s Turkey stronger and more Islamic, with each passing day.

Previous PostWho Gave Us Justice Ginsburg?Next PostIs the Party Over for Bushism?