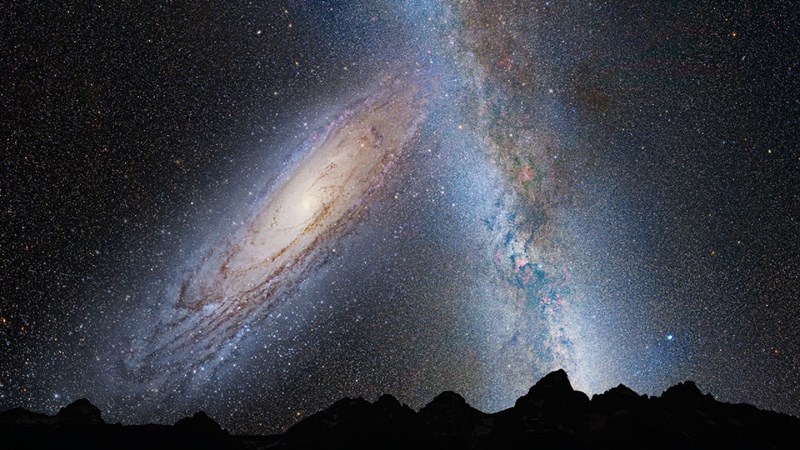 From the June 1998 issue of Chronicles

In a recent PBS documentary about the exploration of Mars, a NASA scientist lectured, “We are, after all, one planet. . . . Once we get ofFour planet, especially once there’s a colony on another planet, national boundaries start to become really insignificant. . . . The New World Order isn’t going to be America über alles, it’s going to be Earth über alles; it’s going to be an order where nations don’t mean anything any more and what means something is what planet you’re from.”

So this is the future: the faceless billions of the third planet chanting “Earth! Earth! Earth!” as the TV screen reveals Mars being bombarded by nuclear missiles like so many Comet Shoemaker-Levys, and all because a Martian strongman/ fugitive warlord/cult leader got cheeky with the bosses. In the background we hear Lee Greenwood croaking, “I’m proud to be an earthling . . . “

Howard E. McCurdy, a political scientist fascinated by “the relationship between imagination and public policy,” has written a lively account of the “concerted effort by writers of popular science and science fiction, along with other opinion leaders, to prepare the public for what they hoped would be the inevitable conquest of space.” This effort was marked in its incipience by an innocent exuberance, by romantic appeals to the imperative of exploration: the frontier myth was written across the sky. When starry eyes failed to open the exchequer, the proselytizers of spacefaring, from the “handsome and charismatic” Werner von Braun on down, resorted to Cold War scare-mongering. Works of imagination —novels, films, the space art of Chesley Bonestell—made Americans receptive to what became an enormous (if uncharacteristically sexy) public-works project. (Just as the terrific film Apollo 13—”astronaut” Tom Hanks aside; Whoopi Goldberg would have been more believable—was intended to renew public enthusiasm for NASA.)

The early pioneers of rocketry—Konstantin Tsiolkovski, Hermann Oberth, Robert Goddard—were inspired by Jules Verne to find a more plausible way of hurtling men moonward than the cannon used in Verne’s From the Earth to the Moon. The visions of these men, in turn, inspired the rocket societies of the prewar era, which consisted of “German expatriates and science fiction fans.” Von Braun and the popular science writer Willy Ley gave the American rocketeers a distinctly Teutonic accent. Space-flight advocacy has always been the realm of exiles, emigres, and misfits—the unmoored.

The “advocates of space exploration faced a daunting task,” writes McCurdy. “They had to find a group of people willing to finance their schemes.” Since billionaire eccentrics who bankroll dreams exist only in science-fiction novels, “sensible advocates recognized the need for government support.” Yet as R.C. Truax, commander of the Navy Bureau of Aeronautics and Space, told a 1954 symposium, “There is simply no overwhelming rational reason why we should try to set up a station in space, send a rocket to the moon, or take any other steps along the road towards interplanetary flight.” President Eisenhower agreed. His “parsimony,” McCurdy argues, was rooted in his mild skepticism about the military-industrial complex that soon would swallow whole the Vernian dreams of bug-eyed earthlings. And besides, Ike was busy with his own massive public-works project, the tellurian Interstate Highway System.

Fear trumps romance any old day. Neil Armstrong took his small step because enough politicians agreed with Senator Lyndon Johnson, who said in 1958: “Control of space means control of the world. . . . Whoever gains that ultimate position gains control, total control, over the earth, for purposes of tyranny or for the service of freedom.”

“Public fears played a critical role in unleashing the billions of dollars necessary to begin the conquest of space,” writes McCurdy. While Ike left to play golf the week of the SPUTNIK I launch. Cold War liberal Senator Scoop Jackson called it “a week of shame and danger.” Space boosters eagerly “tied their ambitions to popular fears about the nuclear age.” Earth’s natural satellite was presented, absurdly, as an outpost of military significance; Mars had taken up residence on the moon. As one hawk advised in Collier’s: “Control of the moon . . . could mean military control of our whole portion of the solar system.” In the movie Destination Moon (1950), a general explains, “The first country that can use the moon for the launching of missiles will control the earth. That, gentlemen, is the most important military fact of our century.” Sorry, general. McCurdy notes, “In retrospect, few of the early warnings about the military significance of space turned out to be true.”

Nevertheless, the fright worked. The space program was as criticism-proof as the Interstate Highway System had been. Congressional dissent was barely audible; LBJ had seen that “conservative Democratic senators, particularly those from the South, could be motivated to vote for a large government presence in space as a matter of national security.” Between 1960 and 1965, NASA’s budget increased tenfold. Eventually, several men bounded around on the moon. If NASA gets its way, tens of billions of dollars from now a few government employees will wind up on Mars.

Yet the collapse of the Soviet Union left NASA in search of a bogeyman to justify its budgets. The unknown asteroid flying toward earth, signifying destruction, was one candidate; the late Carl Sagan defined our choice as one between “spaceflight and extinction.” But that danger seemed too remote, and having seen When Worlds Collide, we knew who would get the seats on the first ship out of here: models, politicians, and scientists. More recently, the search for extraterrestrial life has become NASA’s favorite talking point. (Despite Sagan’s oft-stirring magniloquence, the agency remains firmly embedded within the military-industrial complex. The current NASA chief, Dan Goldin, managed the construction of spy satellites for TRW.)

No offense to Tang or Gus Grissom, but public opinion polls never revealed overwhelming support for the space program. In I960, a majority of Americans opposed the American invasion of the moon. Last summer, at the height of the Mars Sojourner hype, Americans by a 49-45 percent margin believed the probe to be a waste of money.

Doubters are accused of possessing mean, crabbed souls, of lacking even the most rudimentary imagination. “Civilization needs big projects, the kind that ignite the mind and inspire the soul,” declared one space booster, apparently mindful of the volumes of splendid lunar poetry that have been published since 1969. “For all its material advantages, the sedentary life has left us edgy, unfulfilled,” wrote Sagan. To take the edge off, the restless masses are urged to turn on the TV and watch the fortunate ones float weightlessly in their capsules. We can be vicarious explorers—contributors, too, every April 15!—to this magnificent venture, this grand expression of the human drive to explore. We gaze, starstruck, as billions and billions of dollars burn up upon re-entry.

This alleged American restlessness may define those who hold power but it does not explain the lives of the millions who, unedgily, stay put. Most scientists, unlike most blue-collar workers, are willing to sacrifice place for career; recall the incomprehension of Reaganites and neo-liberals when in the early 1980’s laid-off Rust Belt workers didn’t just move to Arizona and learn computer programming. In a centralized state and economy, the mobile rule the immobile. The grocery-bagger pays for the physics Ph.D.’s education, his federally funded research job, perhaps even the space colony on which he will one day frolic. We, the earthbound, can enjoy the stunning images sent back by the planetary probes, but we know our place: on the couch. City-dwellers can call up pictures of Mars on their computers, but they can’t even see the red planet in the night sky, so bad the light pollution has become.

I write, by the way, as an astronomy buff who believes that there is, indeed, magic in the moon’s mild ray. The greatest amateur astronomer of our century was a man named Leslie Peltier of Delphos, Ohio. From his native ground in western Ohio, Peltier commanded a view of the universe. He didn’t need the aerospace industry for “fulfillment”; Mars was no farther than the telescope in his backyard. But then he had a backyard, unlike the intrepid heroes of TRW. Peltier was from Delphos, which was not an insignificant dot on a speck in the cosmos, as the mobile men of science so often tell the immobile payers of taxes, but the center of his universe.